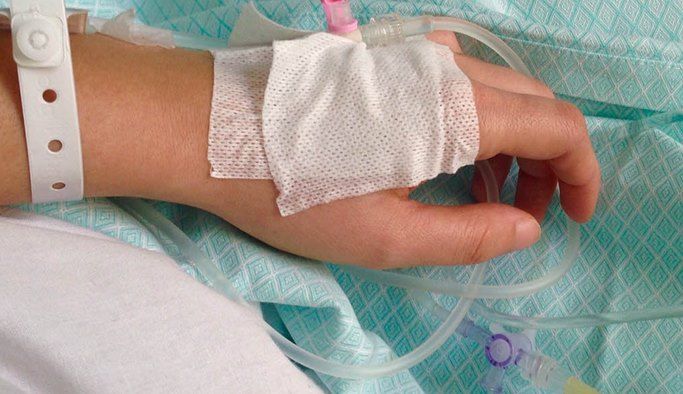 SHAFAQNA TURKEY – A new one has been added to the recent scandals in private hospitals. Ersoy Private Hospital, which provides services in Sultanbeyli, Istanbul, told a 3-year-old girl who was taken to the hospital with an injury after falling at home and hitting her head, “We don’t have a tomograph. Go to the public hospital” and sent him back without any intervention.

Emphasizing that he contacted the director of the hospital the day after the incident, OK father said, “I asked the director if their hospital had a CT scanner. The head of the hospital answered me: “We have a tomograph.” I was shocked when I received this answer. Can the life of a three-year-old girl be so cheap? used phrases.

Describing what he experienced while taking his child to a government hospital, the father said: “I was shocked by the incident that night and asked the hospital management: “How can you not have a CT scanner?” I didn’t even ask a question. The only thing my child said as I was taking him to the government hospital was, “Dad, I’m so sleepy.”

At the time, my wife’s panicked screams and her struggle to keep the baby awake left a deep mark on me that I will probably never forget for the rest of my life. At the hospital, my child was rushed to the yellow zone and had a CT scan. And then they put three stitches on his head. That night he was under observation for 3-4 hours,” he said.

Big scandal in a private hospital! They sent a 3-year-old boy covered in blood, saying, “Come to the state.”

THEY DID NOT EVEN HAVE AMBULANCE OFFER

– Do you need an ambulance? Okay, claiming he didn’t even propose,

The distance between the private hospital and the public hospital that was sent to me is 30-40 minutes. What if I didn’t have my own car? That night, to be honest, we were told to “leave” our hospital. After the incident, I contacted the Ministry of Health officials. They said they would initiate the necessary investigation.

As a result of my research on this subject, Article 39 of the Private Hospital Regulations emphasizes that a doctor in the emergency department of private hospitals is mandatory at all hours of the day. That evening, for what reason was my daughter sent out of the hospital, saying, “Let’s go to the state”?

I know the sensitivity of our president and minister of health towards children. I have no doubt that he will do whatever is necessary for this hospital that ignores the life of a three-year-old girl.”