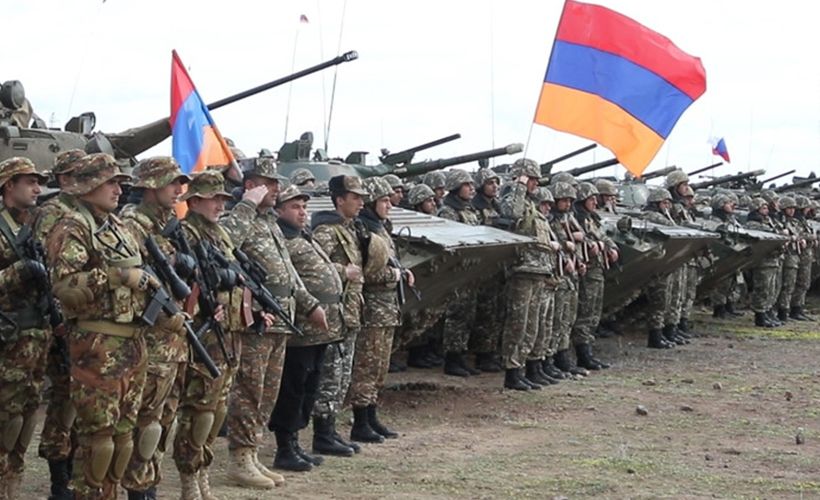 As a result of shelling by Armenians, which began on September 12 and continued intermittently until September 14, 77 Azerbaijani and 135 Armenian soldiers were killed. The Ministry of Defense and Foreign Affairs of Azerbaijan, which made a statement on the causes of the conflicts, focused, in particular, on two reasons.

Firstly, the Armenian side has been violating the ceasefire regime for a long time, especially after the meeting in Brussels on August 31. The second was that on the night of September 13, Armenian troops on the border penetrated behind the Azerbaijani positions, laying mines, and at the same time, the Armenian army attacked the Azerbaijani positions with heavy weapons. These statements led to the emergence of different opinions about the reasons for the repeated aggression of Armenia.

Following the mediation of the President of the European Council, Charles Michel, and the fourth meeting of the leaders of the two countries in Brussels on August 31, hopes have risen for a final peace agreement between the parties to be signed. In such a period, the fact that there was a conflict with the highest number of victims after the 2020 war naturally raised some questions. The most important decision at the Brussels meeting was that “the parties should prepare their own texts of the peace agreement within 1 month and the Brussels meeting will be announced again in November.” President Ilham Aliyev said that if Armenia complies with the conditions, a final peace agreement between the parties could be signed in November. As a sign of goodwill, after the meeting in Brussels, the Azerbaijani side extradited 5 Armenian soldiers. Therefore, Azerbaijan did not expect a conflict in such a situation.

However, already a few days after the meeting in Brussels, Armenia began to actively sabotage the process. For example, on September 2, Nikol Pashinyan published an appeal on the occasion of the so-called independence anniversary of the puppet government established here during the occupation of Azerbaijani lands. After that, Chairman of the National Security Council of Armenia Armen Grigoryan went to Karabakh, where the Russian peacekeeping forces are located. These steps were, in fact, an attempt to sabotage diplomatic negotiations.

The main reason for this is Armenia’s dissatisfaction with the ongoing peace talks. After the 2020 war, the process of peace and normalization continued between the two countries, first through Moscow and then through Brussels. The statements and demands made as a result of the two trials were more in line with the theses of Azerbaijan. While this process was going on, Azerbaijani President Ilham Aliyev suggested signing a peace agreement between the parties. In February 2022, Azerbaijan proposed to Armenia five basic principles for negotiating a final peace agreement. These; mutual recognition by states of their territorial integrity, the absence of territorial claims, the non-use of force, the opening of communication and transport routes and the establishment of diplomatic relations with the clarification of borders.

Armenia does not want to sign a peace agreement under the current conditions. Because he believes that the geopolitical situation in the region and in this situation the boundaries and terms of the peace agreement will be clarified to his detriment. Thus, Armenia is waiting for the situation to change in its favor, playing against the clock. Until that date, although the appearance of continuing diplomatic negotiations is being created, in fact it is trying to delay the final agreements through preconditions. In this context, it can be appreciated that Armenian officials have been making conflicting statements about the ongoing peace talks. In short, Armenia’s latest attack is also part of an effort to thwart peace talks.

On the other hand, the states that defended the theses of Armenia were excluded from the negotiations in Moscow and Brussels. For example, the United States and France were not included in these processes, and after the recent events, it was these two countries that provided the greatest support to Armenia. the US appointment of a representative of the Minsk Group, which Azerbaijan categorically rejects, the visit of the Speaker of the US House of Representatives Nancy Pelosi to Armenia and messages of support for the occupying Armenian administration; Iran’s attempts to sell SİHA to Armenia, statements of support and support for France can be seen as events that distract Armenia from signing a peace agreement. This support also makes Armenia more aggressive.

Armenia did not achieve the desired result

What happened immediately after the clashes also indicates that Yerevan was ready for this process in advance. In fact, after the conflict, Pashinyan immediately called the authorities of the states from which he could receive support, especially the United States, France, Iran and Russia. The US foreign minister and press secretary, the Iranian president and foreign minister, the ambassador in Yerevan, and the French president were government officials who drew attention to Armenia’s support. Azerbaijan’s position was supported by Turkey, the Organization of Turkic States and the Organization of Islamic Cooperation.

Armenia appealed to the UN Security Council and the Collective Security Treaty Organization (CSTO) about the events. With the support of France, he managed to put the issue on the agenda of the UN Security Council on September 14-15, but the desired result was not achieved. In the end, no decision was made, no explanation. Except for the representative of France, who brought the issue to the Security Council, no one made a statement about the alleged violation of the territorial integrity and sovereignty of Armenia. In speeches in the Security Council, the representative states made statements reflecting their own state policy. The most striking statement was made by the UN representative, which exactly coincides with the theses of Azerbaijan. UN Under-Secretary-General for Europe, Central Asia and the Americas Miroslav Enka explained the position of the UN in this way: “The parties must continue the process of defining borders and clarifying points in the framework of mutual recognition of their territorial integrity and sovereignty. The parties must comply without hesitation with the terms of the tripartite declaration signed on November 10, 2020. We invite the parties to return to the negotiating table and take steps to sign a peace agreement.”

When Armenia failed to achieve the desired result in the UN Security Council with the support of France, the Speaker of the US House of Representatives, Nancy Pelosi, intervened. Pelosi’s visit to Armenia with several members of Congress of Armenian origin on September 17-18 was an encouraging development for Yerevan. Nancy Pelosi did not hesitate to declare that she supports Armenia against Turkey and Azerbaijan. This visit by Pelosi also encouraged the Armenian diaspora abroad, and there were attacks on Azerbaijani embassies. Parallel to the visit, opposition to Azerbaijan and Turkey intensified in Armenia. This visit may lead to further attacks by the Armenian army in the future. Seeking to win the support of the Armenian diaspora in the US congressional elections in November, Pelosi may further step up his activities against Azerbaijan and Turkey in Congress.

As before, Armenia could not achieve the desired result in the CSTO. Armenia’s direct demand was that the CSTO provide military-political support to Armenia. However, the Organization’s statement that “the problem between the two countries should be resolved through diplomacy” caused disappointment in Yerevan. It is necessary to emphasize the special role of Kazakhstan, Kyrgyzstan and Tajikistan in that the CSTO did not provide the expected military support to Armenia.

For example, the Minister of Foreign Affairs of Kazakhstan argued that the CSTO could not interfere because the Azerbaijani-Armenian borders were not clear. On the other hand, the statement of the representative of Russia that the CSTO does not plan to send troops to the region caused disappointment in Armenia. Although the Turkish member states had a great deal of influence in the CSTO’s non-military intervention in this event, the reason Russia did not provide direct assistance to Armenia is its balanced relationship with Turkey and Azerbaijan.