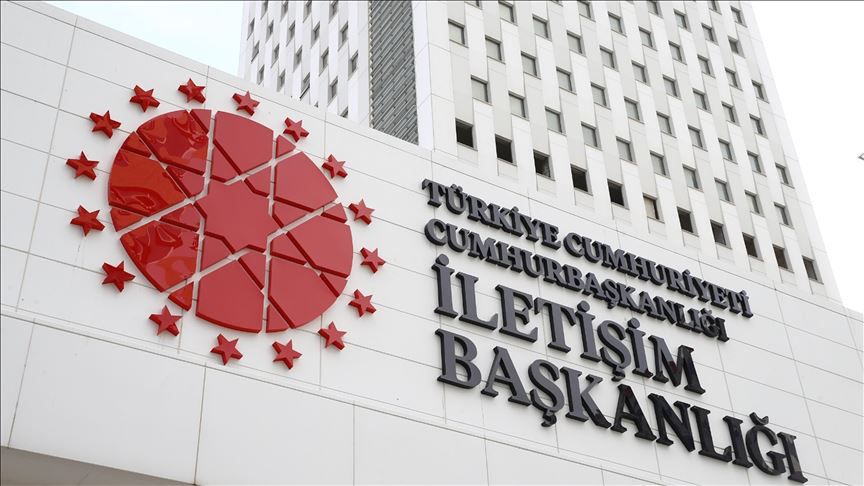 The anti-Turkish broadcasts, which have gradually intensified in the West since the 2010s, entered a different phase immediately after the transition to a system of presidential rule.

Turkey’s opposition, which has been subjected to political and financial manipulation in addition to its exposure to defense embargoes, has become a phenomenon often seen in the media. There has been a significant increase in publications, news and analyzes targeting Turkey through direct manipulation and sometimes fake news instead of a fact-based news flow.

Created as an important component of a strategy for effective execution and rapid decision-making, the Communications Office has recently become one of the centers of this opposition.

Orientation to the post of President, which was created on July 9, 2018 with the aim of “providing a qualified representation of Turkey in all areas with all the tools and methods of communication and strengthening the Turkish brand in this direction”, and who has done an important job. despite just being 4 years old to eclipse the achievements of the system, and this is part of a strategy to discredit the “Turkish communication model” from various points of view. In addition to radio broadcasts and news that directly target the system, the Presidency and many other institutions are in the spotlight because of their role in the functioning and effective explanation of the system.

The Product of Fiction: A Reuters Communications Office Analysis

On Wednesday, August 31, the British news agency Reuters published an analysis titled “Insiders Reveal How Erdogan Tame Turkish Newsrooms” directly aimed at the Communications Authority. Thus, the analysis claims that the media environment in Turkey is controlled by President Erdogan through the Communications Authority. An analysis that forms a statement based on dissident officials and journalists in Turkey, whose names and duties are not disclosed, is methodologically problematic. Because it contains a lot of misinformation and manipulative content.

It is clearly seen that the examples given in the analysis with reference to different dates are aimed at establishing some kind of fiction, and not at describing the facts or bringing them to public knowledge. For example, in this analysis on the media environment in Turkey and the Directorate of Communications, the author, who brought the floor to the terrorist organization FETO, defines the organization’s leader, Fethullah Gülen, as a “preacher in exile.” and describes the cleansing process carried out against the organization as interpreted by Media Control in Turkey.

According to the author, the closure of 150 media outlets close to Gülen after the July 15 coup attempt means that the government has stepped up pressure on the media. Not to mention the disinformation struggle that FETO waged both at home and abroad, before and during the coup, the analysis of the organization’s closed media means a distortion of reality.

In one part of the analysis, the claim that the Anti-Disinformation Law, which has been discussed frequently in recent months and will be discussed again in parliament in October, is aimed at censorship is no doubt aimed at eclipsing Turkey’s struggle, which in recent years has often dealt with fake news.

After the analysis in question, without waiting for the president’s explanation on this issue, the fact that some newspapers and websites in Turkey report unsubstantiated content of the analysis creates a serious problem in terms of journalistic ethics. The fact that this analysis, not based on any concrete data and reality, and consisting of selective and fictional elements to support a certain argument, is put into action also shows how problematic the information flow is. The fact that the opposition media in Turkey is taking over content that looks like analysis from foreign press also poses a risk to Turkish democracy. In this analysis, Reuters’ reference to the 2023 elections, which says that the “anti-Erdogan bloc” is leading in the polls, and implying that a communication crisis may arise in the 2023 elections, recalling the 2019 local elections, points to a complete provocation.

The alarming track record of the British press

The track record of the British press, often targeting Turkey, is also highly problematic. For example, it is rather subjective that Reuters chose to highlight the fears and concerns expressed by Western countries about Turkey’s “authoritarianism” rather than focusing on Turkey’s successful recovery from the coup attempt in the immediate aftermath of the July 15 coup attempt.

Another example is that in 2021, BBC Turkish produced fake news based on an article written by UK Defense Secretary Ben Wallace for the Mail On Sunday newspaper that did not mention Turkey and manipulated Turkish public opinion on the sensitive issue of immigrants.

“We will set up a number of centers in regions outside of Afghanistan for the Afghans that we are required to transport to the UK,” Wallace said. The BBC Turkish service, which put on the public agenda its statements on the topic that Turkey will become a center for a significant number of Afghan immigrants, thereby signed the scandal. Following statements by PR director Fahrettin Altun that exposed the manipulation of the Turkish BBC in all its aspects, the institution was forced to apologize and abandon its fake news policy.

Reuters, which has at times been the backbone of financial transactions against Turkey as well as political disinformation, has recently contributed to the spread of unrealistic speculation about the Central Bank and published publications calling for a financial crisis in Turkey.

Reuters, which seeks to discredit Turkey’s cross-border military operations for security reasons, spread the lie that Turkey had hit a school and a water tank in Afrin in a so-called news report based on YPG sources. Similarly, Reuters ignored Turkey’s fight against Daesh and spread anti-Turkish disinformation through the organization. The agency, which did not take into account how foreign intelligence organizations transported terrorists to Syria, pursued a publishing policy that ignored ethical norms regarding the relationship between terrorism and the media.

The media body in question tried to manipulate the public with the images it used as well as unsubstantiated news and content in Turkey’s fight against the Covid-19 outbreak. For example, at a time when street bans were being lifted, Reuters reporting that street bans could be reintroduced without reliance on any official source was also intended to create an effect that increased uncertainty in society.

Why is Communications Directorate targeted?

This analysis, based on the comments and statements of persons allegedly working in the mainstream, as well as persons known as dissidents, aims at the effective and successful work of the Directorate of Communications, which has been carried out in a coordinated manner since 2018 and is being discussed in different countries as a communication model for Turkey.

The newly introduced communication model has eliminated institutional fragmentation in Turkish history; This has created awareness in the international arena as an effective and coordinated communication model. In this context, the communication policy pursued by the Presidium contributes to the understanding of its fair and decisive position in regional and global conflict and risk situations, to which Turkey is also a party. In essence, the communication strategy, formulated by Communications Director Fahrettin Altun as “doing works worthy of the exaltation of our country, having a voice in the region and in the world, and declaring the voice of our nation and the fair struggle of our state with the whole world,” is justice and equality. , which Turkey has recently adhered to. This has parallels with the critique of the global system based on

The role of the Presidium in both national and international crises since 2018 has also greatly contributed to the global understanding of the adopted communication model. The Presidium, which neutralized the rhetoric aimed at condemning Turkey by correctly informing the international community at the time of the assassination of Jamal Khashoggi, showed a similar effect in the victory in Upper Karabakh.

Steps to clarify Turkey’s legal and legitimate demands on the Eastern Mediterranean issue and show the true faces of the terrorist organizations FETO and PKK/YPG are also examples that reinforce this success. This communication model, which uses written and visual materials very effectively, has the important function of neutralizing anti-Turkish discourses and creating a healthier communication environment at a time when critical interventions are carried out through information.