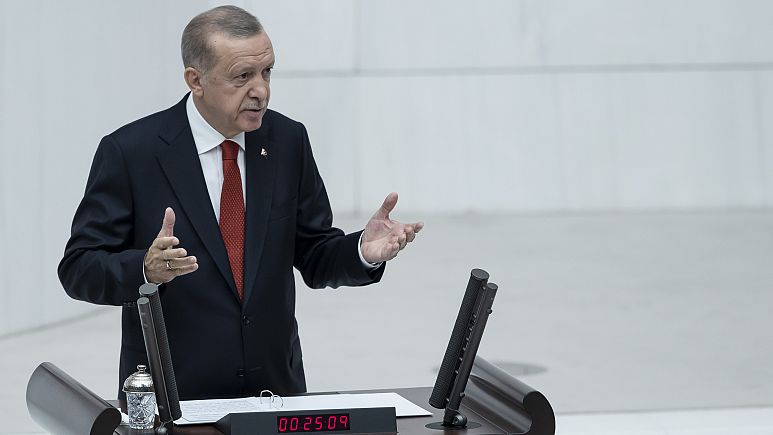 SHAFAQNA TURKEY. The cost of the new rule, which will allow more than two million people to retire in Turkey, known as the retirement age (EYT), is expected to be around 450 billion Turkish lira. 2023 budget.

The bankers who gave the information to Reuters also draw attention to the fact that they do not expect all this mass to retire immediately. It is noted that usually 50 thousand people retire per month, but from the first months of next year this number will also be influenced by EYT members, and this will mean a large influx of TL into the market.

Haluk Bürumcekçi, co-founder of Bürumcekçi, Research and Consulting, said: “Given that approximately 40,000-50,000 people retire every month, it can be stated that another 1.8 million people will retire in accordance with EYT rules. In this case, it can be said that the wage burden could exceed 150-180 billion Turkish liras, and the burden of severance payments, which will be brought to both the public and private sectors, could exceed 300 billion Turkish liras. It also means that there will be a large influx of money into the markets from the first months of next year.”

President Recep Tayyip Erdogan announced yesterday that they will put in place a regulation that will allow more than two million people to retire, known as retirement age (EYT), and that there will be no age limit for using the right to retire.

Erdogan did not provide any information about the cost of the system to the budget. 13.9 million people already received pensions:

While governments led by Erdogan have opposed a ruling that removes the age limit for using the right to retire before this year, rulings such as the EYT ruling, which is expected to affect both public finances and voter behavior, were closely related. watched before the elections, which are expected to take place at the latest in June.

In a statement last night, Erdogan said: “According to the decree that we will share with you today, approximately 2,250,000 of our citizens are entitled to a pension. There will be no age restrictions for using the right to a pension,” he said.

“We believe that a system in which a person who has worked for 20 or 25 years, in principle, can receive a pension much longer than the time he has worked, is not sustainable … It has been very painful in recent years. ,” Erdogan said, adding that they made this decision as a result of an investigation by the government.

As a result of changes made by Turkey in 1999 to the social security system to overcome the economic crisis, an age limit was added to the necessary conditions for retirement.

While the retirement age varies by individual, profession, and laws, it is not possible under SGK rules to retire before age 58 for women and 60 for men. However, prior to the change in the law, there was no age limit for those who had insurance prior to September 8, 1999 to retire. MOST