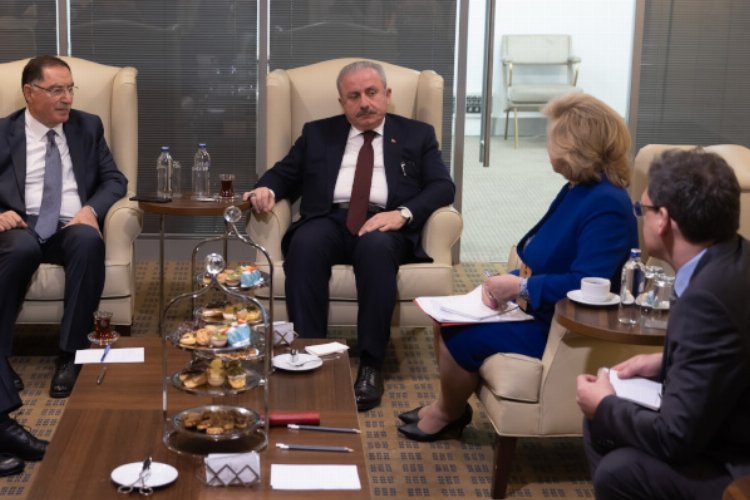 ANKARA (IGFA) – Speaker of Parliament Prof. Dr. Mustafa Shentop, “21. Upon arrival at the International Conference of Ombudsmen “The Future of Human Rights in the 21st Century”, he had a short meeting with Chief Ombudsman of Turkey Sheref Malkoch, Ombudsman of Ukraine Dmitry Lubinets and Ombudsman of Russia Tatyana Moskalkova.

Şentop, Speaker of the Turkish Grand National Assembly, said: “Turkey is making great efforts to end the war between Russia and Ukraine under the leadership of our president. The dynamics of this war are many, but the most important issue is the death and harm of civilians,” he said.

According to the news on the official website of the Turkish Grand National Assembly, Parliament Speaker Şentop first of all pointed out the importance of establishing a humanitarian ceasefire and stressed that important steps were taken during the war, and said: “The grain corridor, the exchange of prisoners has been achieved. We will continue to strive for a humanitarian ceasefire. “I would like to state that we will support civilians when we can do something for them,” he said.

Ukrainian Ombudsman Dmitry Lubinets thanked President Erdogan and Turkey for their actions against the wounded and children, especially in the grain corridor.

Russian Ombudsman Tatyana Moskalkova stated that human life is the fundamental right and expressed her gratitude for Turkey’s assistance to the wounded and civilians.