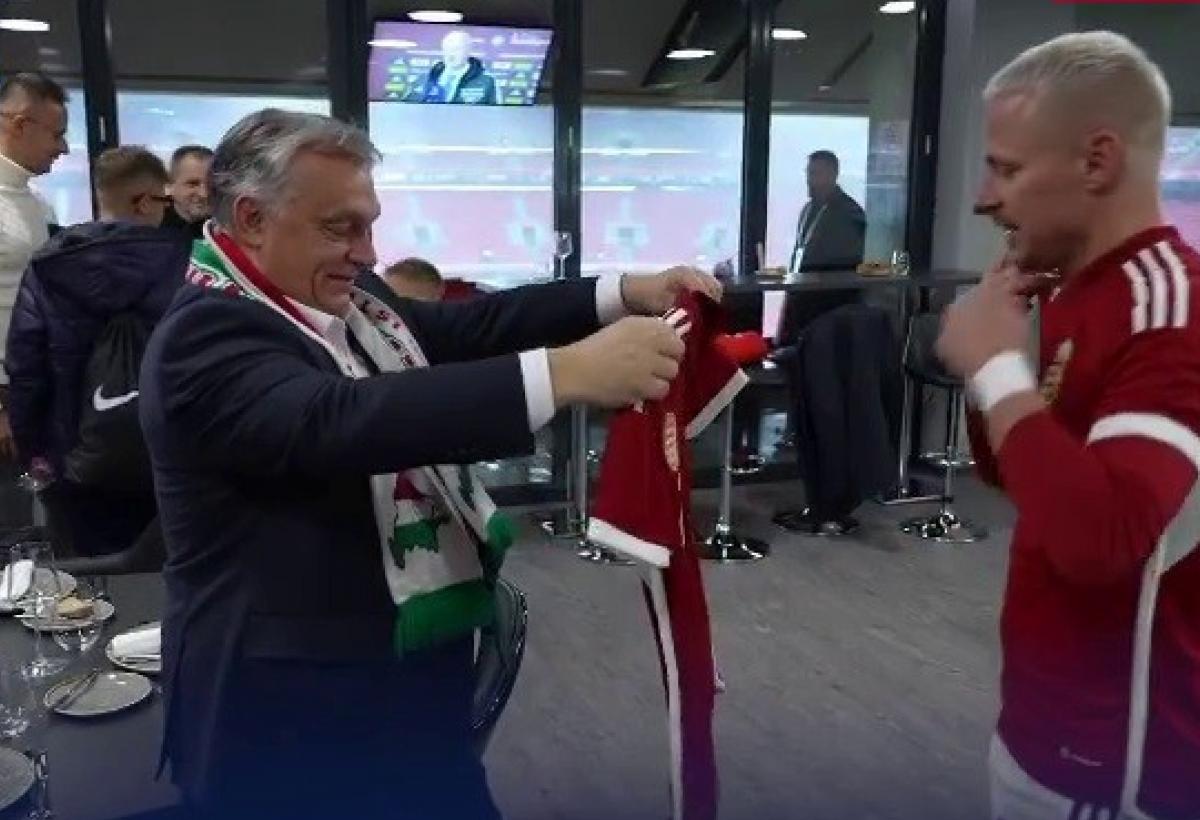 Hungarian Prime Minister Viktor Orban provoked a reaction from Romania and Ukraine because of his scarf with a map showing the borders of the former Kingdom of Hungary. While the Romanian Foreign Ministry condemned Orban, the Ukrainian Foreign Ministry said an apology was expected.

The scarf worn by Hungarian Prime Minister Viktor Orban during the friendly match between Hungary and Greece in the capital Budapest last Sunday, which featured a historic map depicting “Greater Hungary”, was the target of criticism. After the publication in social networks of photos of Orban, who met with the player of the national team of Hungary with a scarf around his neck, the reaction of neighboring Romania and Ukraine followed.

Romanian European Parliament (EP) member Alin Mituta said in a statement that Viktor Orban acted irresponsibly and said: “These revisionist gestures bring Orban closer to Putin, who dreams of changing borders.” Mituta noted that Orban should be subject to sanctions by European Union (EU) leaders. A statement from the Romanian Foreign Ministry stressed that a “strong condemnation” of Orban’s behavior had been conveyed to the Hungarian ambassador in Bucharest. “Any revisionist manifestation in any form, contrary to existing facts and common commitments, is unacceptable,” the statement said.

The official representative of the Ministry of Foreign Affairs of Ukraine, Oleg Nikolenko, said on this occasion: “The promotion of revisionist ideas in Hungary does not contribute to the development of Ukrainian-Hungarian relations. The Hungarian ambassador to Kyiv, Istvan Igjar, was summoned to the ministry and told that the incident was unacceptable. It was emphasized that Ukraine expects an apology for this incident and hopes that the Hungarian side will continue to avoid steps that can be considered disrespectful to the territorial integrity of our state.

The map, described as “Greater Hungary”, covers the Hungarian territories lost under the 1920 Treaty of Trianon signed after World War I. Parts of the former Kingdom of Hungary are now part of Romania, Serbia, Ukraine, Croatia, and Slovakia.