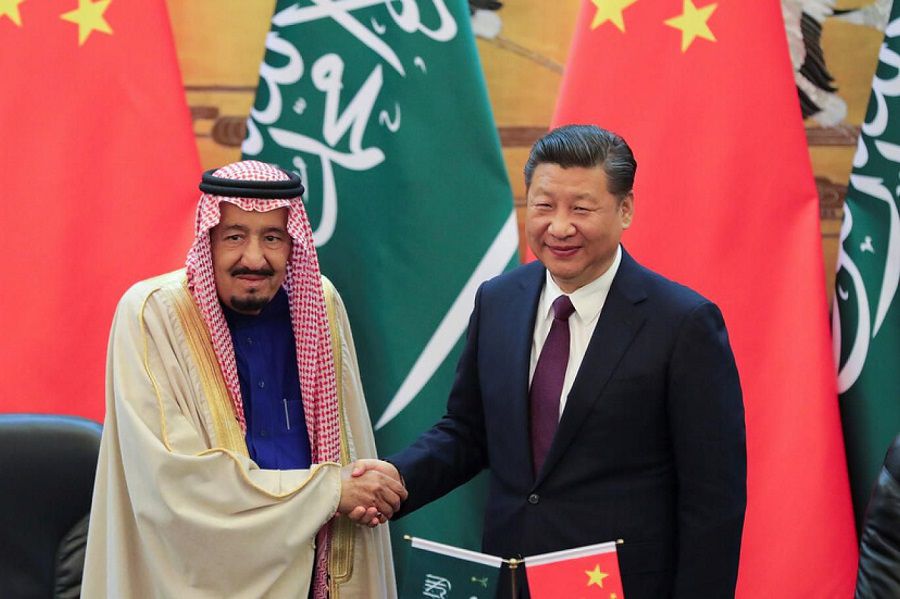 In recent months, we have witnessed strong mutual movements in the US-China geopolitical rivalry. These moves include Joe Biden’s visit to the Persian Gulf, Nancy Pelosi’s visit to Taiwan, and then the rise in US-China tensions in the South China Sea, positive progress in nuclear talks with Iran, and Chinese President Xi Jinping’s visit to Riyadh in the coming days. . days can be summarized as a visit to be arranged. International media reports from Riyadh, which will host the leaders of two world powers, the US and China, last month, will be monitored with great care.

Basically, there are several things that make this visit important. First, the fact that China, which has strong competition with the US for Taiwan, has the ability to exert influence in the Gulf region, which is the US red line, and the two countries’ struggle for hegemony over global energy markets, two issues that increase the importance visit. On the other hand, if we add the war in the economic sphere and the challenges associated with the role of the dollar as a global reserve, Xi Jinping’s visit to Riyadh shows that the Persian Gulf region will become a new stage in the intensification of geopolitical rivalry between the US and China. .

The Persian Gulf scene in the US-China geopolitical rivalry

USA, II. After World War II, he identified the Persian Gulf region as a zone of vital interest and supported his allies in the region by providing de facto security guarantees to deter interference from rival powers. The priority of the region in the field of US security and foreign policy is closely related to its hydrocarbon resources and its geopolitical significance in terms of world politics.

However, in the period after 2010, the importance of the Persian Gulf in US foreign and security policy has gradually declined. During this period, the United States, whose dependence on the energy resources of the Persian Gulf decreased and wanted to limit the growing Chinese threat, turned its direction towards the Asia-Pacific region.

China began to increase its influence in the region

The Gulf monarchies, especially Saudi Arabia, have not had a major regime security problem in the region for many years thanks to the de facto security guarantee of the United States, at a time when US interest and motivation for regional security has waned.

The power vacuum that emerged in the region after 2010, when the United States showed a tendency to withdraw from the region and its reflex to protect its allies weakened, increased the interest of regional and global actors with revisionist claims. In addition to reducing the role of the United States in the regional security architecture, China, which turned the weakening of Western economies into an opportunity, especially after the 2008 global financial crisis, began to become a major player in regional politics.

The Chinese administration, which has been pursuing a very cautious and prudent foreign policy for many years to achieve its goals, deliberately avoided projecting military power onto the region and tried to develop its relations with the countries of the region on the basis of economic benefits. However, the provocative actions of the United States, which have been intensifying recently, are forcing the Chinese leaders to project military power onto the region.

The admission of Iran as a full member of the Shanghai Cooperation Organization, just two days after the announcement of the AUKUS pact of September 15, 2021, which includes nuclear cooperation between the US, UK and Australia and whose main goal is to limit China. This is important, as it shows that it will not remain indifferent to its provocative actions in the region.

Similarly, the visit of senior US politician Nancy Pelosi to Taiwan, despite all Chinese objections, forced the Beijing administration, which considered Taiwan its red line, to respond to the US.

For years, China has been developing cooperation opportunities with Iran on a very broad basis, from energy to security. Significantly coinciding views of the two actors on global and regional issues have played an important role in deepening relations.

The fact that Iran is an actor that can help counter US power in the Middle East and its control of energy transit routes makes the country indispensable to China. Recently, however, it has been seen that China has been able to work very closely with countries such as Western allies Israel and Saudi Arabia, with the exception of Iran, which has developed hostile relations with the West.

The main reason that brings US-allied regimes in the region closer to China is the growing sense of insecurity in these countries in recent years. While US administrations continue to talk about the vital importance of the region to them and often give verbal security guarantees to their allies in the region, it is clear that the region has now lost its priority in US foreign and security policy. Therefore, actors in the region consider it important for their own interests to develop close cooperation with actors that have the ability and motivation to ensure regional security.

For all these reasons and developments, Xi Jinping’s visit to Riyadh will be closely watched.

Second, Beijing does not consider political reasons, such as Israel’s security and human rights violations, as an obstacle to arms sales. On the other hand, and thirdly, the cooperation between the two actors in the energy sector is deepening every day. China has been the largest buyer of Saudi oil for many years.

The Saudis want to get rid of the oil economy

Fourth, the Saudis are trying to persuade the US to once again become the dominant player in the Gulf security architecture by working closely with the Beijing administration, the US’s biggest geopolitical rival. In this regard, it is especially significant that Xi was personally invited by Riyadh in early 2022, when US-Saudi relations were tense.

Finally, the coincidence between China’s investment appetite and the large investment projects needed by the Saudis, who want to save their economy from oil, makes Beijing valuable to Saudi Arabia. Especially at a time when global economic activity has begun to slow down, the funds that will flow from Beijing to Riyadh will greatly contribute to the huge investment projects of the Saudis.

From Beijing’s point of view, Saudi Arabia is a reliable energy supplier, a country that feels insecure about the reduction of US security guarantees, has a budget surplus due to rising oil prices, has a fast-growing economy, but is a net importer. At the same time, the most effective response of the Beijing administration to the expansion of US influence in the South China Sea is to expand its influence in the Persian Gulf by rapprochement with Riyadh.

Another piece of evidence for this claim is that no meaningful progress was made for the US during Biden’s visit, especially an increase in oil supplies. Therefore, Xi Jinping’s visit to Riyadh, which is expected this week, the statements that will be made during the visit, the agreements to be signed, and the strength of the will of the parties to deepen relations will be the most important item on the agenda of international politics.