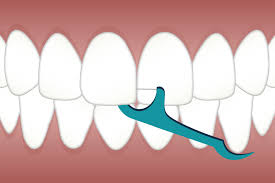 SHAFAKNA TURKEY. Although the importance of oral and dental care is usually determined by appearance, the bacteria that enter our mouths can be fatal. Some of the products that are often used to clean our mouths can put our health at risk. A 59-year-old patient contracted a potentially fatal infection while brushing his tongue.

The mouth is an area where bacteria can easily multiply and enter our body through saliva. When microbes enter the bloodstream and enter the heart, vulnerable valves can become infected. Some oral cleaning applications can be fatal to the heart.

LOSS OF LANGUAGE CAN CAUSE SERIOUS CONSEQUENCES

The journal Emerging Infectious Diseases made the following statement: “Tongue scraping is used to combat bad breath and prevent cavities by reducing the amount of bacteria in the mouth. But ignoring tongue scraping and other oral hygiene practices can lead to serious health complications such as heart disease and cancer.

BACTERIA ARISED BECAUSE OF THE TOOTH HE WANTED FROM THE PHARMACY

However, oral hygiene may also require some attention as it can become a gateway for infection. In 2007, the journal Emerging Infectious Diseases reported on a 59-year-old patient who developed severe malaise, fever, sweating, myalgia, and headache. “Two months ago, he started cleaning his tongue with a plastic tongue scraper he bought from a local pharmacy,” the report says. The doctors suggested that the patient’s endocarditis was most likely caused by a bacterium from a tongue scraping.

BRUSHING YOUR TEETH IS NOT A BIG PROBLEM

“The relationship between oral microflora and endocarditis (inflammation of the heart valves) has long been known. There are many patients who experience endocarditis after a tongue piercing,” they said. Interestingly, bacteria caused by routine toothbrushing do not appear to be clinically relevant in the development of endocarditis. This may be because the bacteria entering the bloodstream when brushing your teeth may be less than with more extreme applications such as tooth extractions.

“People with abnormal heart valves and intravascular devices such as pacemakers may be at particular risk,” the authors explained. “Patients with pre-existing infective endocarditis and high-risk heart valve defects should be advised that the use of tongue scrapers is not appropriate.”

According to the NHS, endocarditis is a rare and “potentially fatal infection of the inner lining of the heart. The health agency adds: “This is most often caused by bacteria that enter the bloodstream and end up in the heart.” If you apply too much pressure on the tongue scraping and cause bleeding, bacteria can enter the bloodstream.