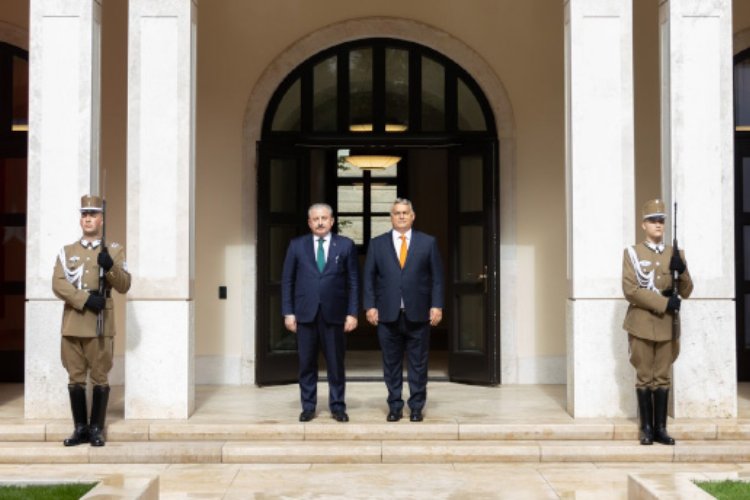 ANKARA (IGFA) – Speaker of the Turkish Grand National Assembly Mustafa Sentop, in his speech at the meeting, wished that close relations with Hungary, which have developed on the basis of sincere dialogue, be strengthened and maintained during the reign of the new government.

According to the news on the official website of the Turkish Grand National Assembly, President Sentop noted the importance attached to the events of the Year of Turkish-Hungarian Culture, which is planned to be held in 2024 on the occasion of the 100th anniversary of relations. between Turkey and Hungary.

Expressing his appreciation for Hungary’s support for Turkey’s EU membership process and the development of a positive agenda in Turkey-EU relations, Speaker of the Parliament Šentop said: taken immediately.” said.

Mustafa Sentop also expressed the active participation of Hungary in the activities of the Organization of Turkish States (TDT) and satisfaction with the cooperation with the member countries.

Noting the regret that the Fethullahist Terrorist Organization (FETO) still exists in Hungary, Sentop said: “We welcomed your commitment to shut down FETO schools at the fifth meeting of the High-Level Strategic Cooperation Council held last November.” . Sentop said that with the transfer of schools to the Turkish Maarif Foundation, the possible victimization of students and parents studying in these schools can be prevented.

Noting that Turkey and Hungary demonstrate exemplary cooperation in the field of security and illegal migration, Sentop said that this cooperation makes a significant contribution to preventing human smuggling and speeding up border crossings.