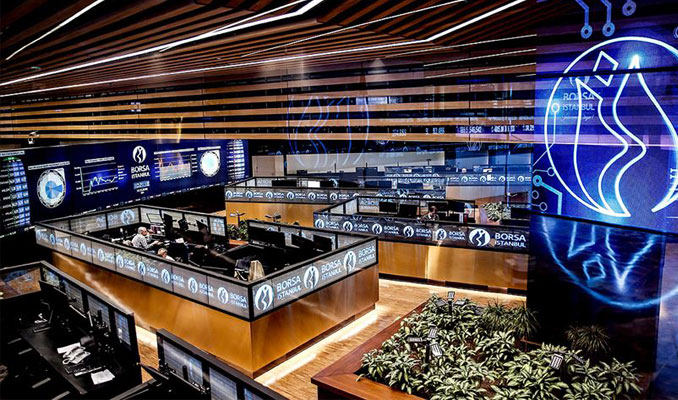 SAFAKNA TURKEY – The record growth of the Istanbul Stock Exchange, which has risen by 200 percent since the beginning of the year, cannot be prevented by the sale of shares made by the “big” partners of the companies. In fact, according to an article by Ufuk Korkan in the magazine Save, the volume of sales of shares carried out by the “big” partners of the companies since the beginning of December has reached 5 billion Turkish liras.

Borsa İstanbul has undoubtedly become an investment vehicle that marked 2022. When interest rate cuts carried out in the face of high inflation and the “stable” exchange rate process made Borsa Istanbul unopposed, the number of investors and the index increased to a record high. According to the review of expectations released by the Central Bank, inflation will end on an annual basis at the level of 66.80 percent. The almost 200 percent year-to-date increase in value in the BIST 100 shows that the equity investor is protecting his money from inflation. When we look at stocks in the BIST 100, 56 out of 100 stocks have outperformed the index and only 5 stocks have performed below inflation.

Looking at all stocks, the “3-5-10X” yield commonly used for cryptocurrencies is flying in the air. With a yield of 1.525 percent, Girişim Elektrik tops the list of the highest earning stocks this year. It is followed by Kontrolmatik with a growth of 1320 percent. Atlantis Investment Holding and Çan2 Termik are two other stocks that have returned investors over 1,000 percent.

This rally in stocks has been reflected in the returns of stock-weighted mutual funds and the number of investors. Since the beginning of the year, the dollar has risen by 40 percent.

This increase in inventories greatly increased the value of the companies. Demand for the shares, sustained by the arrival of new investors, ensures that the sale of shares by the “large” partners of the companies will be satisfied in this process. So, while joint selling creates short-term pressure, it does not disrupt the stock’s uptrend. While some company bosses explain that the market value of their companies is very high, they do so to protect small investors, while some bosses seek to increase the company’s free float with their share sales to gain depth. Some companies also use the proceeds from the sale of shares in their subsidiaries for funding. So far, sales from “large” partners do not seem to have caused negative sentiment in the stock market. However, joint selling in an environment where entry to the stock market is reduced and there is pressure from sellers, may deepen a possible correction in the index.

SHARE OF 5 BILLION TL IN PARTNER SALES PER MONTH

TREND CONTINUES IF IT DOESN’T DECLINE BELOW 5.203

The BIST 100 index continues to move along the aggressive upward channel that began in the week of October 3, 2022. The support and resistance points of this channel for the next week are at 5,203 and 5,845 points, respectively. From a technical point of view, we can say that the main trend is up, albeit with ups and downs, until it is below the level of 5 thousand 203 points for this week, and most importantly, until there is no close below this trend. We should not forget that there is a risk of a rollback to the level of 4 thousand 556 points at the first stage, if this trend is reached in possible rollbacks. Although the main trend is up, the fact that the indicators are in some overbought zones can be interpreted as a sign that caution should be exercised in the coming sessions.