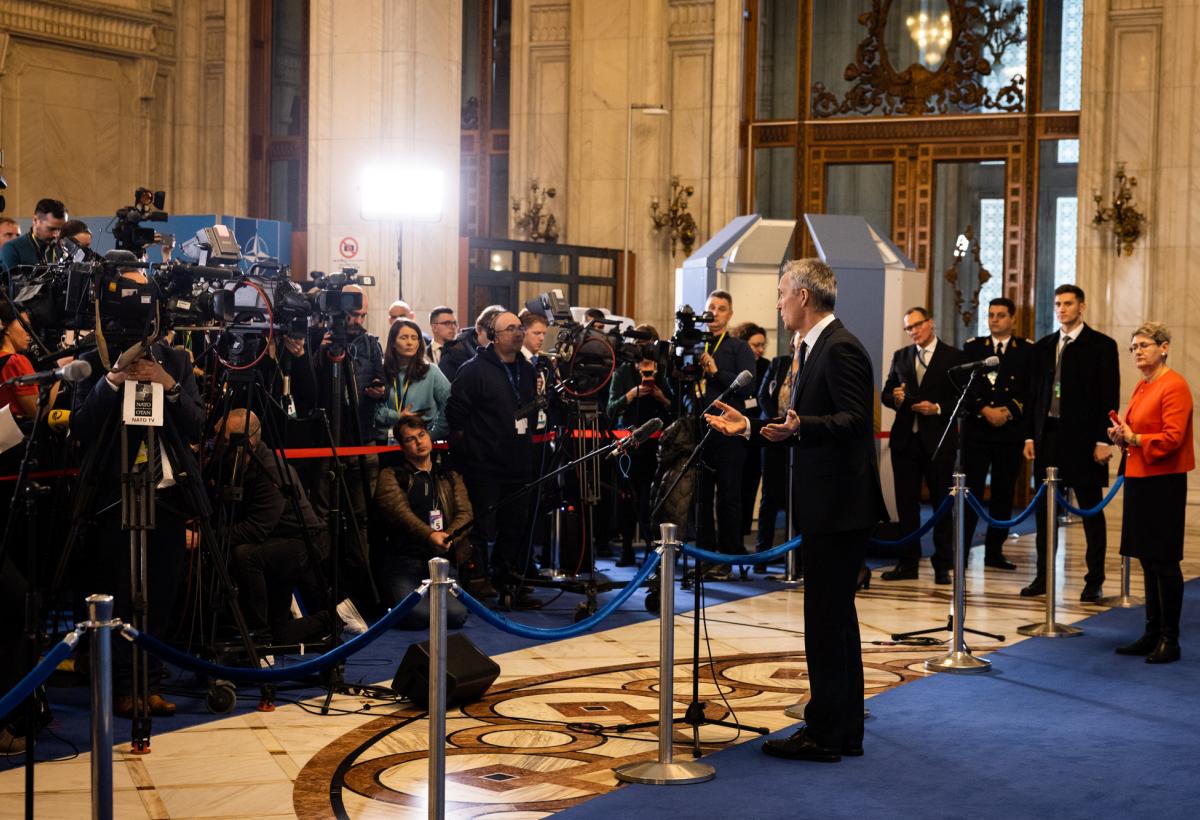 Speaking to the press ahead of a meeting of NATO foreign ministers in Bucharest, the Romanian capital, NATO Secretary General Jens Stoltenberg said Russian President Vladimir Putin has used the winter season as a weapon. After his speech, Stoltenberg answered questions from the press.

Asked if NATO and the G7 have acted slowly and on a small scale in helping Ukraine, Stoltenberg said: “NATO and NATO allies have brought critical supplies to Ukraine to help mitigate the effects of brutal attacks on critical infrastructure, including gas and electricity. . infrastructure has already been completed. We have sent generators, we have sent spare parts, and allies are helping to rebuild destroyed infrastructure in many ways. We must understand that attacks have a huge impact. The Ukrainians can hit most of the incoming missiles and drones, but not all. Therefore, these attacks caused serious damage. “I think we’ve all seen these satellite pictures where you see Europe in the light and then Ukraine in the dark, which reflects amazing results,” he said.

Asked how the NATO Strategic Concept for the Black Sea will be implemented and what this means for Romania, Stoltenberg replied:

“After the invasion of Ukraine, we doubled the number of battle groups, including in Romania, led by France. We have increased our presence on land, further increased our presence in the air. We have just conducted a major air defense exercise over Romania with Spanish, Turkish and American aircraft, as well as French aircraft from the USS Charles de Gaulle. So basically what we’re doing is partly increasing our forward presence, partly increasing our pre-deployed equipment and supplies, and then increasing the maneuverability of our forces so they can be dispatched quickly or reinforce our presence. For example, in the Black Sea region, if necessary.”

Asked whether there will be new Russian attacks on Ukraine, Stoltenberg replied: “Since President Putin has failed, we can expect more attacks. Mainly because Russia had to give up the lands around Kyiv, in the east around Kharkov, and then in the south. He had to abandon Kherson, this is a sign of weakness. This is a sign that Russia has indeed been defeated on the battlefield.” Secretary General Stoltenberg has indicated that Russia’s arsenal is depleting and stated that he is negotiating with Iran for this reason.

ABOUT ELECTRIC SOCKETS IN MOLDOVA

“However, it has also suffered from power outages, especially in Moldova, which are a direct result of the ongoing war in Ukraine. So it’s about strengthening practical support for Ukraine, Moldova, and also about sending a very clear signal that this war should not go beyond Ukraine.”