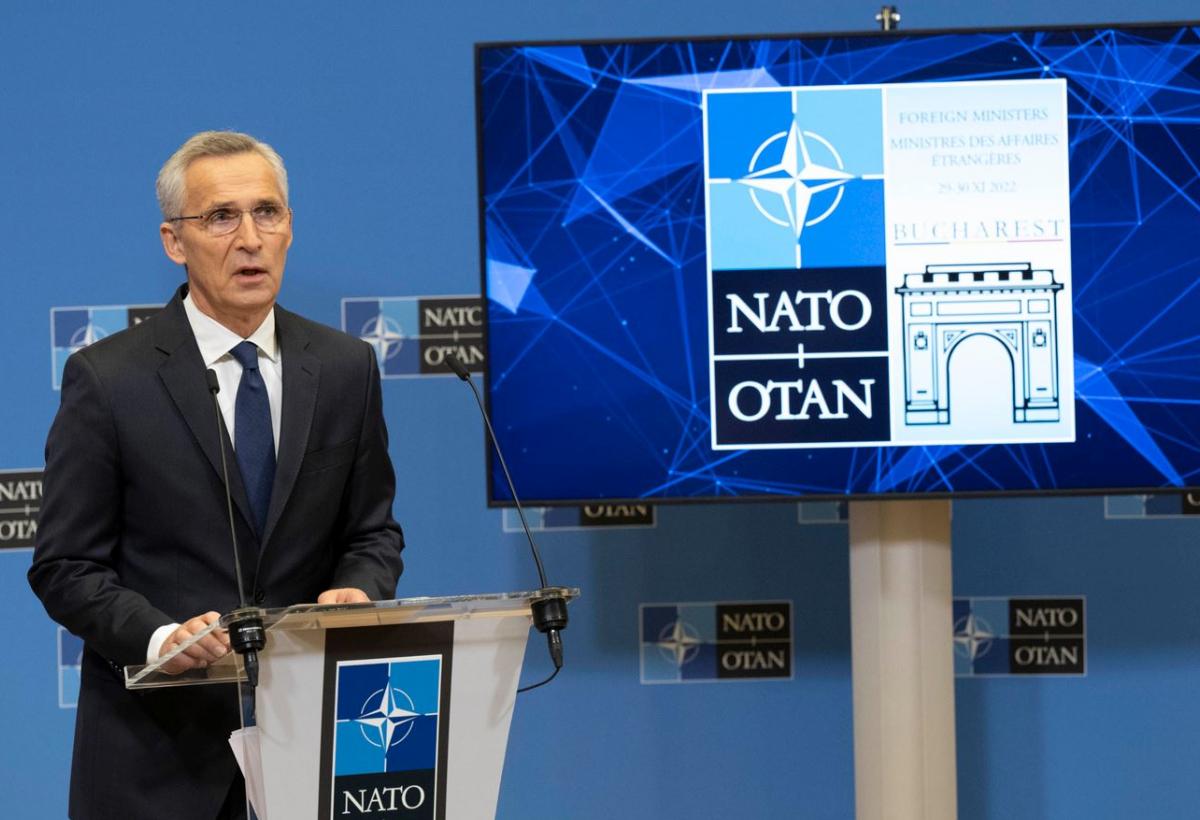 Speaking to the press ahead of a meeting of NATO foreign ministers to be held in Romania next week, NATO Secretary General Jens Stoltenberg said the meeting would discuss China-related difficulties and the Russo-Ukrainian war, adding: “We are all paying the price of war Russia vs Ukraine. But while we are paying this price with money, Ukrainians are paying this price with their blood. “If we let Putin win, we will all pay a much higher price in the coming years.”

NATO Secretary General Jens Stoltenberg made a press statement at NATO Headquarters in Brussels, Belgium ahead of the NATO Foreign Ministers’ Meeting in Bucharest, Romania, from 29 to 30 November. Stoltenberg said the meeting in Bucharest next week will discuss Russia’s illegal war in Ukraine, which continues to threaten Euro-Atlantic peace and security.

“HARD TIMES IN EUROPE AND THE WORLD”

Claiming that Russian President Vladimir Putin had failed in Ukraine and responded “more brutally,” Stoltenberg said: “Waves of deliberate missile attacks on cities and civilian infrastructure are depriving Ukrainians of heat, light and food. This is a bleak start to winter for Ukraine. “With rising energy and food prices, these are difficult times for the rest of Europe and for the whole world.”

“UKRAINIANS PAY THIS PRICE WITH THEIR BLOOD”

Stating that if Putin wins in the coming years, everyone will pay a much higher price, Stoltenberg said: “Yes, we are all paying the price for Russia’s war against Ukraine. But while we are paying this price with money, Ukrainians are paying this price with their blood. If we allow Putin to win, we will all pay a much higher price in the coming years. If Putin and other authoritarian leaders see that power is rewarded, they will use it again to achieve their goals. This makes our world more dangerous and all of us more vulnerable. Therefore, it is in the interests of our security to support Ukraine. We must remember why this war is going on. Russia is aggressive. Ukraine is a victim of aggression. And, of course, Ukraine has the right to defend itself. “We are helping Ukraine to protect this right,” he said.

Recalling that NATO will continue to support Ukraine, Stoltenberg continued:

“If the aggressor wins, if oppression and autocracy triumph over freedom and democracy, there will be no lasting peace. Most wars end in negotiations. But what happens at the negotiating table depends on what happens on the battlefield. Therefore, the best way to increase the chances of a peaceful solution is to support Ukraine. So NATO will continue to support Ukraine, no matter how long it takes. We won’t take a step back. Allies provide unprecedented military support. And I expect foreign ministers to also agree to increase non-lethal support. As part of our Comprehensive Assistance Package, NATO is providing fuel, medical supplies, winter gear and anti-aircraft countermeasures. I thank all allies for their contributions and will call for more at our meeting in Bucharest. In the long term, we will help Ukraine move from Soviet-era equipment to modern NATO standards, policies and training. We will meet with Foreign Minister Dmytro Kuleba to discuss Ukraine’s most pressing needs and our long-term support. We will also meet with the foreign ministers of Bosnia and Herzegovina, Georgia and Moldova. Our three partners face Russian pressure in different ways. Therefore, at our meeting, we will take further steps to help them maintain their independence and strengthen their ability to defend themselves.”

CHINA’S PROBLEMS WILL ALSO BE SOLVED

Saying that next week’s NATO foreign ministers would also discuss ways to strengthen NATO’s resilience and the challenges posed by China, Stoltenberg said: “China is not an enemy. But it is accelerating its military modernization, expanding its presence from the Arctic to the Western Balkans, from space to cyberspace, and trying to control the critical infrastructure of NATO allies. The war in Ukraine showed our dangerous dependence on Russian gas. That is why we must evaluate our dependence on other authoritarian regimes. We must manage risk, reduce our vulnerability and build resilience. The Foreign Ministers of Finland and Sweden will join us in all the talks in Bucharest. It’s time to complete the entry process and welcome them as full members of our alliance. “It will make them safer, NATO stronger, and the Euro-Atlantic area safer,” he said.