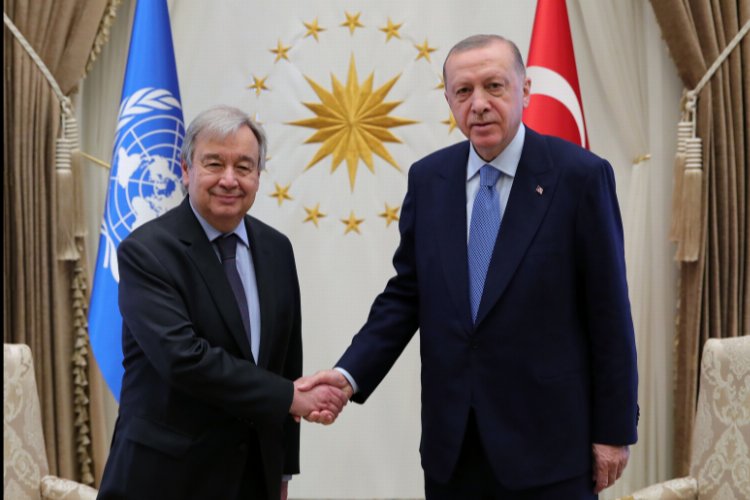 ANKARA (IGFA) – United Nations (UN) Secretary-General António Guterres thanked President Recep Tayyip Erdogan and Turkey following the renewal of the Russia-Ukraine grain deal, saying: “Without their generosity and determination, this initiative would never have come about.” used the phrase.

According to the Communications Office, UN Secretary-General Guterres expressed his satisfaction with the renewal of the agreement in a statement on social media following a 120-day extension of the grain agreement signed between Russia and Ukraine under the mediation of Turkey and the UN.

Thanking President Erdogan and Turkey, UN Secretary-General Guterres said: “Without their generosity and determination, this initiative would never have come about. Istanbul continues to be the center of extraordinary diplomatic success.” gave his assessment.

) agreed to resume the BSGI, I want to express my deep gratitude @RTerdogan & Turkey. Without their generosity and commitment, this initiative would never have been born. Istanbul remains the center of outstanding diplomatic achievements.