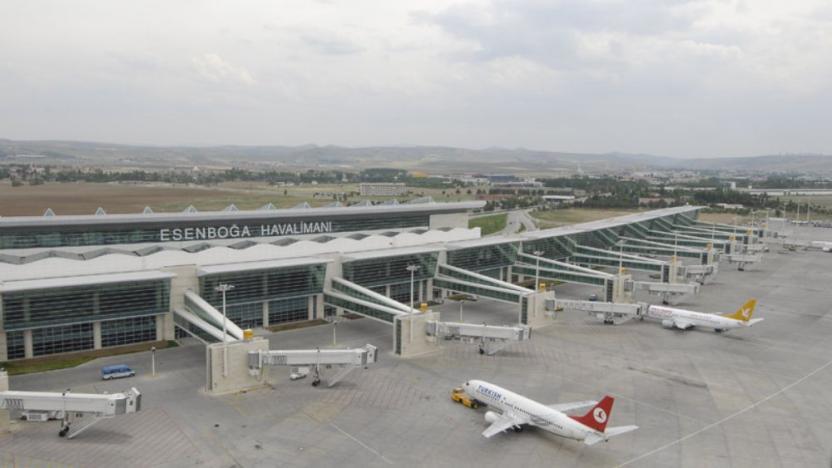 SAFAKNA TURKEY – Rapid development took place in the Esenboga airport tender. Competing with Cengiz Holding, TAV won the tender for the lease of Esenboga Airport. It was reported that TAV decided to participate in the tender at the last moment.

According to the submitted documents, Limak was excluded from the tender on the grounds that it had not operated the airport for 3 years in the last 5 years and that the tender specifications did not meet the required conditions.

Cengiz withdrew from the tender after TAV raised its bid to 420 million euros + VAT in the third round of the auction.

IC İÇDAŞ EXIT FOR THE LAST TIME, TAV ANNOUNCED THAT THE TRADING WILL BE CLOSED

IC İçdaş, the operator of Zafer Airport, which has turned into a black hole for the state due to the “guaranteed profit” promised by the government, withdrew from the tender at Esenboga Airport at the last moment.

On the other hand, it was announced that Tav Airports will take part in the tender for the construction of Ankara Esenboga Airport.

Our Board of Directors has decided to participate in the tender announced by the State Airports Authority on December 20, 2022 for the construction of additional investments to increase the capacity of Ankara Esenboga Airport and lease the rights to operate domestic / international lines, CIP, general aviation terminals and their additions .

Akfen Holding, whose chairman is Hamdi Akin, transferred its shares in TAV Airports to the French group Aeroports de Paris in 2017.

Atatürk Airport was closed to civilian flights on April 7, 2019 due to Istanbul Airport being opposed in Istanbul due to its huge costs and the establishment of AKP support companies.

As defined in the 2017 Audit Report of the Turkish Court of Accounts, the State Airports Authority (DHMİ) transferred TAV Istanbul Terminal İşletmeciliği A.Ş. He sent a letter. The article pointed out that TAV-operated Atatürk Airport would be closed to scheduled flights after the new Istanbul Airport was put into operation, and that this would be reflected in the loss of profits for TAV, which has the right to operate Atatürk Airport until 2021. In this letter to TAV, DHMI stated that they would initiate the necessary investigations to determine the loss of profits in question and that they would pay for the loss of profits themselves.

In its review, the Accounts Chamber emphasized that there is no clause in the contract between DHMI and TAV requiring DHMI to pay lost profits.

However, TAV, which operates Atatürk Airport with a €165 million annual lease, said it suffered losses as the airport was closed to flights and all flights were diverted to Istanbul Airport 1.5 years before the lease expired.

As a result of the incident, TAV Airports Holding, 46.12% owned by the French airport operator Aéroports de Paris Group, received a loss of 389 million euros in income.

TAV bought the Almaty airport for $415 million, making a small addition to this compensation.

The TAB statement emphasizes that the compensation received was justified.

The statement reads: “Due to the closure of Istanbul Atatürk Airport before the expiration of the contract, our company received compensation from DHMI in the amount determined by independent auditors determined by both parties in accordance with the contract. In the Atatürk Airport lease, 25 percent of the total lease was paid to DHMI in the amount of $700 million in 2005.”

In a statement, TAV said that on May 8, 2020, Kazakhstan signed an agreement to purchase Almaty Airport along with our Russian partner, VPE, and that the share transfer was completed on April 29, 2021.

The information provided on the details of the purchase indicated that “the acquisition and investment to be made at the airport will be financed by a $450 million loan to be provided by the International Finance Corporation (IFC) and the European Bank for Reconstruction and Development (EBRD). ).