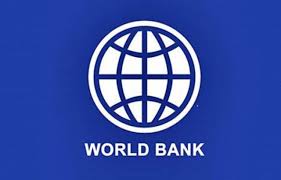 SAFAKNA, TURKEY, World Bank Chief Economist and Director of Prospects Group Ayhan Kose told Bloomberg HT the details of the World Bank Global Economic Outlook report they released this week. Saying that the risk of stagflation is lower than in the previous 8 months, but the world economy still needs to be protected from many shocks, Kose indicated that inflation will be high with uncertainty over the next 6 months and that policymakers must take action. a policy that will ensure trust in that environment.

World Bank Chief Economist and Prospects Group Director Ayhan Kose said the global economy is going through a difficult period and they expect global growth to be 1.7 percent. Köse stated that this growth rate was the third highest growth rate in the last 30 years and recalled that in 2009 and 2020 the growth rate was lower.

Köse said they have lowered their growth forecasts in many countries around the world and said they expect lower growth rates in almost all developed countries. Kose emphasized that they expect the US growth rate to be 0.5 percent and that this year the US economy will see the slowest growth rate in 50 years, excluding recession years.

“Inflation is expected to fall”

Kose said they believe there will be no growth in Europe, where inflation is high along with problems finding energy in Europe, and that the growth rate will be 0 percent.

Saying that they expect better news from China in the second half of the year, Kose said they have cut China’s growth rate by 1 percent this year and expect a growth rate of 4.3 percent.

Kose said they expect world inflation to decrease this year compared to last year, and that they expect the global annual inflation rate to fall by 5.2 percent this year from 7.6 percent last year.

Kose said that over the past 8 months, the central banks of large countries have raised their discount rates very quickly, and the purpose of this is to ensure price stability.

Chief Economist Köse said that to eliminate the risk of stagflation, lower inflation, target levels and increase average growth are needed, and that central banks are doing everything possible. Köse also stressed that the risk of stagflation is lower than in the previous 8 months, but the global economy still needs to be protected from many shocks.

Noting that the impact of the Ukrainian war on the global economy should be assessed in two ways, Kose said that it is difficult to talk about the stability and uncertainty caused by the war. He recalled that the second is the volatility in the commodity markets and that since the outbreak of the war, prices for food and energy products have especially increased.

Kose said that in an environment where inflation is high with this uncertainty over the next 6 months, policy makers should pursue policies that will seriously reduce uncertainty and provide confidence over the medium term.