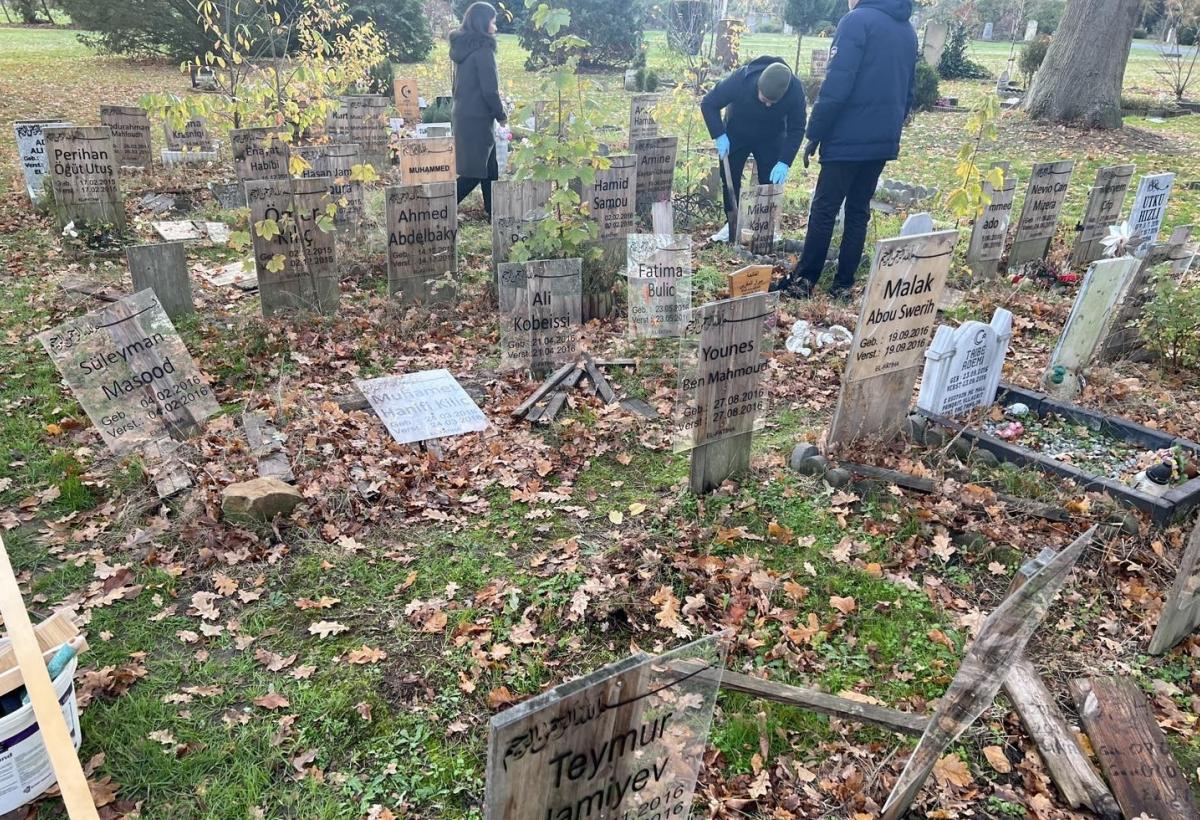 The Stöcken Muslim cemetery in Hannover, Lower Saxony, Germany, was attacked by an unknown person or persons. The attack was condemned by the Turkish Consulate General in Hannover and by Turkish NGOs.

Attack on a Muslim cemetery in Germany. The Stöcken Muslim cemetery in Hannover, Lower Saxony, was attacked by an unknown person or persons. The attack, which also destroyed many graves of Turkish children, was condemned by the Turkish Consulate General in Hannover and Turkish NGOs. In a statement from the Turkish Consulate General in Hannover in German and Turkish: “Having learned that some tombstones in the Stöken Muslim cemetery in Hanover were damaged, we went to the cemetery and inspected the current situation on the spot. We expect the perpetrators to be punished by finding out whether “xenophobic” or “anti-Islamic” motives were the cause of the incident in this sad event, during which the tombstones of many Muslim children, including those belonging to our citizens, were damaged.

Following damage to some tombstones at the Stöcken Muslim Cemetery in Hannover, the cemetery was visited today by Turkish non-governmental organizations such as Şura, DİTİB, Milli Görüş, ATİB, representatives of the Jewish community of Lower Saxony and citizens. Turkish non-governmental organizations expressed their solidarity with this unfortunate incident and wished that this incident be clarified and that such incidents should not be repeated.

AKP MP in Istanbul Zafer Sirakaya made a statement on his social media account: “Graves, which are the last stop of human life; It is the sacred place of all religions, the past of mankind and the conscience of civilizations. I condemn and curse the attack by the enemies of Islam and Muslims on the Muslim cemetery in Hannover, Germany. I wish the German authorities to catch the perpetrators of this conscience-damaging attack and bring them to justice as soon as possible. We will continue to defend goodness, compassion and conscience from this understanding, which is so hateful that it will pounce on a tombstone.”