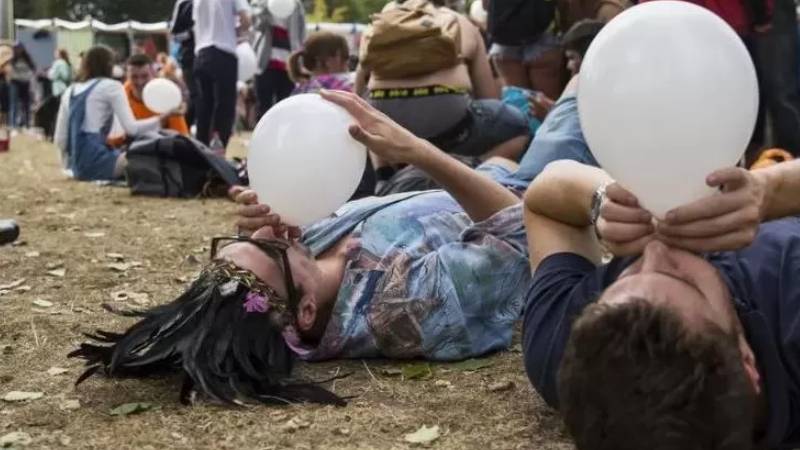 The Dutch government has decided to ban nitrous oxide (laughing gas), which is common among young people and causes various health problems, from 1 January 2023.

Laughing gas, which is usually taken together with drugs such as ecstasy or ketamine, is consumed intensively by young people, especially at festivals, concerts and parties.

According to the Dutch Trimbos Institute, which specializes in addiction issues, 37 percent of festival visitors regularly use laughing gas.

Nitrous oxide, which is released before being inhaled into the shoe, provides wearers with a short-term feeling of excitement and relaxation. Easily available and inexpensive, laughing gas has been sold legally in the Netherlands for a long time.

The use of nitrous oxide for medical and technical purposes continues. Nitrous oxide is needed to reduce labor in women or for anesthesia at the dentist.

Gas is also widely used in its ingredients and especially in whipped cream dispensers.

Maarten van Ooijen, Minister of State for Health, Social Affairs and Sports, emphasized that the use of nitrous oxide causes serious health problems, especially among young people, and said that recreational use is therefore prohibited.

According to the Dutch police, there have been dozens of traffic accidents with fatalities and injuries due to nitrous oxide in recent years.

According to the public broadcaster NOS, a total of 1800 traffic accidents have occurred in the last 3 years due to nitrous oxide. While 63 of these resulted in death, 362 accidents resulted in serious or minor injuries.

Dutch police are happy with the recreational nitrous oxide ban. The spokesperson of the police said that by applying the ban, they could intervene more easily to prevent various negativities in the society, especially traffic accidents.

Nitrous oxide is the second most commonly used substance after cannabis among young people aged 16 to 24 in the UK.

The UK Home Office was called in last month to ban nitrous oxide over concerns about health problems among young people.