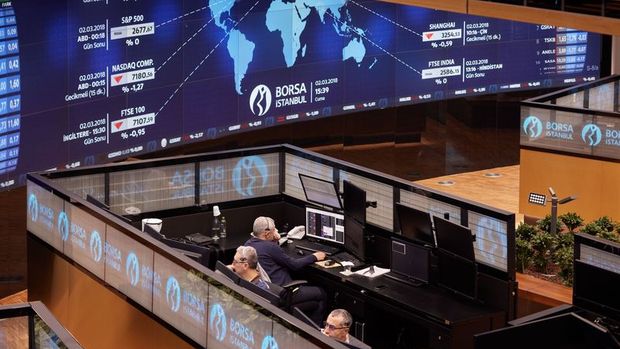 SAFAKNA TURKEY – The stock market started the day with profitable sales, it started the week quickly. After yesterday’s growth of the Banking Index by 9.83 percent, today, after the first transactions, losses exceeding 5 percent were observed, while the BIST 100 index went into the red with a decrease of 0.20 percent.

Selling in TSKB, Şekerbank, Vakıfbank and Halkbank proved to be effective in the face of a sharp decline in the banking index. Among the banks that suffered losses, TSKB accounted for 9%, Halkbank 9.4%, Vakıfbank 8.8% and Şekerbank 7.6%.

On the other hand, a statement made by Borsa İstanbul to the Public Disclosure Platform stated that the shares of Halkbank, Trend GMYO and Söktaş will not be subject to short selling and credit transactions until the end of the session on January 19.

The statement reads: “As part of the Volatility Based Precautionary System (VBTS), which was put in place in accordance with the decision of the Capital Markets Board, HALKB.E, SKTAS.E and TDGYO. E shares cannot be short-sold or leveraged in transactions from 12/20/2022 (session start) to transactions from 1/19/2023 (session end).