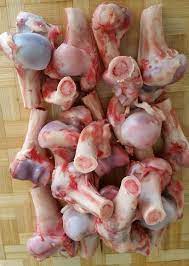 SHAFAQNA TURKEY. The era of free bones is over. Bones that have been given away for free to butchers for years, or given to street dogs, are now sold by butchers for money. It became known that the prices for bones, which were even printed on the label, started from 20 Turkish liras and went up to 50 Turkish liras.

The period of the free bone is over, now it is sold for money at the butcher! The price starts from 20 TL and goes up to 50 TL.

The bone, which for years has been given away for free to those in need or given to dogs living on the street, is now being sold for money. The butchers demanded payment for the bone used to make soup from the poor’s water, and began printing labels.

Lamb and calf bones are now sold at butchers for money, and the price of bones starts from 20 TL and goes up to 50 TL.

According to the news on TV100; butchers; He says there are families who boil bone broth and feed it to their children and add it to their rice, and that they have to make this decision because of the rising costs.