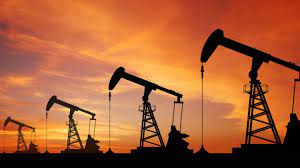 Optimism that economic activity and demand for oil will increase in China, where measures to combat COVID-19 have been lifted, have weighed on prices.

In their oil market reports released this week, the Organization of the Petroleum Exporting Countries and the International Energy Agency predicted that global oil demand will hit record highs in 2023 as China’s economy recovers.

Speaking at the World Economic Forum held on Tuesday in Davos, Switzerland, Chinese Deputy Prime Minister for Economic Affairs Liu Hee also stressed that life and production in the country had returned to normal after the lifting of COVID-19 measures, and drew an optimistic picture for the Chinese economy.

The country’s industrial production also rose 1.3 percent year-on-year in December, better than expected, while retail sales fell less than forecast by 1.8 percent over the same period, according to released data.

On the other hand, the increase in inventories of crude oil and gasoline in the US, the world’s largest consumer of oil, gives the impression of slow demand and puts pressure on prices.

The US Energy Information Administration announced that the country’s commercial crude oil inventories rose by about 8.4 million barrels last week. Market expectations were that inventories would fall by about 1,750,000 barrels.

During this period, US gasoline inventories increased by 3 million 500 thousand barrels.

Moreover, despite the improvement in inflation expectations in the US, weak signals of macroeconomic data in the direction of growth cause concerns in the markets.

The US Fed’s hawkish statements remain uncertain about the final level of interest rates and how long the tightening will continue.

This situation continues to put pressure on oil prices.