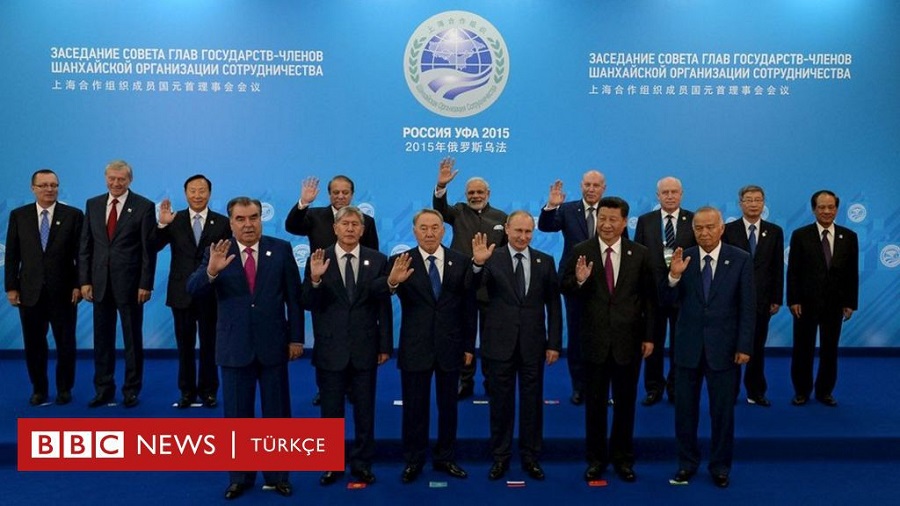 The 22nd Summit of the Council of Heads of State of the Organization is being held in Samarkand, Uzbekistan on September 15-16 this year.

President Erdogan attended the meeting of the Shanghai Cooperation Organization

The summit was attended by the heads of state of Russia, China, India, Kazakhstan, Kyrgyzstan, Tajikistan, Uzbekistan and Pakistan, members of the organization, as well as Belarus, Mongolia and Iran, which are observer members in the organization, as well as Turkish President Recep Tayyip Erdogan and President of Turkmenistan Serdar Berdimuhamedov, invited by the President of Uzbekistan Mirziyoyev. The leaders of Azerbaijan and Armenia will also take part in the summit. The summit will also be attended by heads of 10 international organizations.

The war in Ukraine, which brought Russia and the West into a new post-Cold War confrontation, heightened the need for a security deal that Moscow could rely on from the Asian side, while China, in its growing geostrategic rivalry with the United States, used Eurasia to overcome a possible siege it may face in the Indo-Pacific region.

Established in the post-Soviet period, the organization aimed at expanding political, economic and security cooperation across the Eurasian geography has evolved over time into an expanding partnership in which areas of cooperation have diversified.

Call for a “multipolar world”

The SCO was first established under the Treaty on Deepening Confidence in the Border Areas between Russia, China, Kazakhstan, Kyrgyzstan and Tajikistan, signed on 26 April 1996 in Shanghai, China.

The countries of the so-called “Shanghai Five” signed in Moscow on May 20, 1997 the Treaty on the reduction of armed forces in the border areas. Then Russian President Boris Yeltsin and Chinese President Jiang Jimin announced a declaration calling for a “multipolar world” with an agreement.

This was followed by annual summit meetings in Almaty (Kazakhstan) in 1998, Bishkek (Kyrgyzstan) in 1999 and Dushanbe (Tajikistan) in 2000 with the participation of heads of state.

At the Dushanbe summit in 2000, a commitment was made to “oppose interference in the internal affairs of other countries under the pretext of humanitarian intervention and the protection of human rights” and “to defend each other’s national independence, sovereignty, territorial integrity and social stability.” .

Participation of Uzbekistan, India and Pakistan

At the Shanghai summit in 2001, Uzbekistan was included in the “five” mechanism as a new member, and on June 15, 2001, announced the creation of the SCO in order to increase the level of cooperation.

The following year, the Russian St. On July 7, 2002, the leaders of 6 countries, who gathered in St. Petersburg, signed the SCO Charter, defined the organization’s goals, principles, structure, and methods of work, and made it part of international law.

Representatives of India, Pakistan, Iran and Mongolia took part for the first time in the summit, held in the Kazakh city of Nursultan (then Astana) in July 2005.

By 2007, when the SCO launched more than 20 joint projects in the field of transport, energy and telecommunications, member countries began to hold regular meetings for cooperation in such areas as security, military, defense, international relations, economics, culture and banking.

With the participation of India, another major regional power joined the ranks of the SCO after Russia and China.

Mongolia became the first country to receive observer status at the summit held in the capital of Uzbekistan, Tashkent, in 2004. It was followed by India, Pakistan and Iran at the Nursultan summit in 2005.

Meanwhile, Sri Lanka became a dialogue partner of the organization in 2009, Turkey in 2012, Nepal, Cambodia, Azerbaijan and Armenia in 2015.

Vietnam in 2011 and Ukraine in 2012 applied for observer status, the Maldives, Egypt, Syria, Israel, Bahrain, Qatar, Iraq and Saudi Arabia for a dialogue partnership, and Myanmar and the United Arab Emirates expressed their intention to become partners in dialogue.

Changing the balance of power and the SCO

From the illegal annexation of Crimea by Russia in 2014 to the war against Ukraine in February, the organization has become critical to security and economics in the Eurasian region.

The events that led to a new confrontation between Russia and the West after the end of the Cold War have heightened Moscow’s need for a security deal on the Asian side that it can rely on.

Economic sanctions imposed on Russia by the West because of its actions in Crimea and Ukraine have forced Moscow to deepen its cooperation with emerging economies such as China and India, which have large markets in Asia.

In the coming years, Russia is expected to strive to strengthen the strategic security umbrella established by the SCO and build up the potential for economic cooperation.

China sees Eurasia as counter to encirclement in the Pacific

On the other hand, Eurasian geography is crucial for China, which wants to diversify its routes to bring its industrial products to world markets by supporting transport and infrastructure projects along the historic trade lines of the Silk Road under the Belt and Road Initiative. .

The economic and political confrontation between China and the United States, which began with the increase in customs duties in exchange for the import of technological products in 2018 and escalated with the imposition of sanctions against Chinese companies for reasons of human rights and national security, prompted Beijing to look for other ways to enter world markets.

Taiwan, with which China has a sovereignty dispute, is likely to spark a confrontation between Beijing, the US and its Indo-Pacific allies similar to what Russia experienced in Ukraine. Considering the island as part of its territory, Beijing considers the intervention of the US, Japan and other countries a violation of its sovereignty.

Although Beijing does not openly support Russia in its attacks on Ukraine, it indirectly criticizes the Western sanctions against Russia, refraining from using expressions meaning “occupation”, “war” and condemnation, refraining from a UN General Assembly resolution. , retreat. After the war and sanctions, the volume of foreign trade between China and Russia has increased significantly.

On the other hand, China’s disputes over maritime sovereignty with regional countries in the East China and South China Seas, with the exception of Taiwan, and border disputes with India, which is also a member of the SCO, in the Himalayas, reduce the likelihood of Beijing finding a reliable ally in the Pacific. .

Therefore, for China, Eurasia, in the center of which are Central Asia and Russia, and the development of relations with the countries of the region within the framework of the SCO and other platforms are vital for its global strategy.