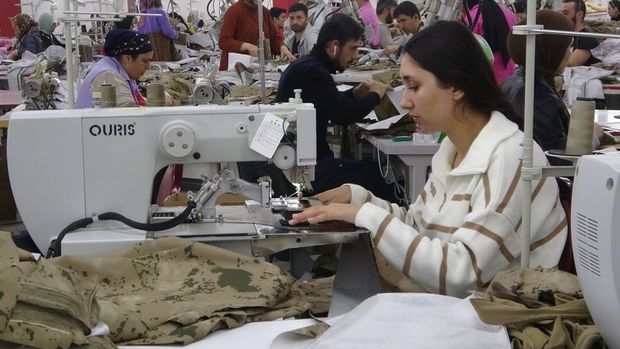 SAFAKNA TURKEY – While the view that the increase to be made in the process of setting the minimum wage for 2023 will lead to a reduction in employment has been expressed by various representatives of the business world, official data indicate a decrease in the cost of workers for the business world. .

According to the Turkish Statistical Institute (TUIK) annual industry and service statistics, labor costs compared to production rates peaked in recent years with 15 percent in 2016 and entered a downward trend. According to recent studies, this figure has been reduced to 10 percent.

According to the latest data, the production value of companies, excluding financial and insurance activities, was TL 9.85 trillion, while personnel costs were TL 1.02 trillion.

This was reflected in the growth data as well.

In the third quarter of 2022, the share of employees was the lowest in the last 20 years based on the results of the last third quarters.

Complaint by employers about the cost of the minimum wage

Many in the business world said that raising the minimum wage would increase costs and hurt the competitiveness of companies.

Even after the announcement of the minimum wage, representatives of business organizations drew attention to this issue. In a broadcast in which he participated in Bloomberg HT, President of the Chamber of Industry and Economic Development Foundation Kocaeli Ayhan Zeitinoglu said that the minimum wage set for 2023 is too high for SMEs in Anatolia and gave the following estimates:

“If we look at it from last year, the growth will be about 100 percent. This increase exceeds the falling inflation rate. I think it’s important that production be done better, so that the 38 percent of our employees who are subject to the minimum wage really have no problems with food purchases. Small and medium enterprises in Anatolia may find it difficult to work with this figure. We do not want a second increase in 2023 because there will be a significant reduction in inflation due to the base effect.”