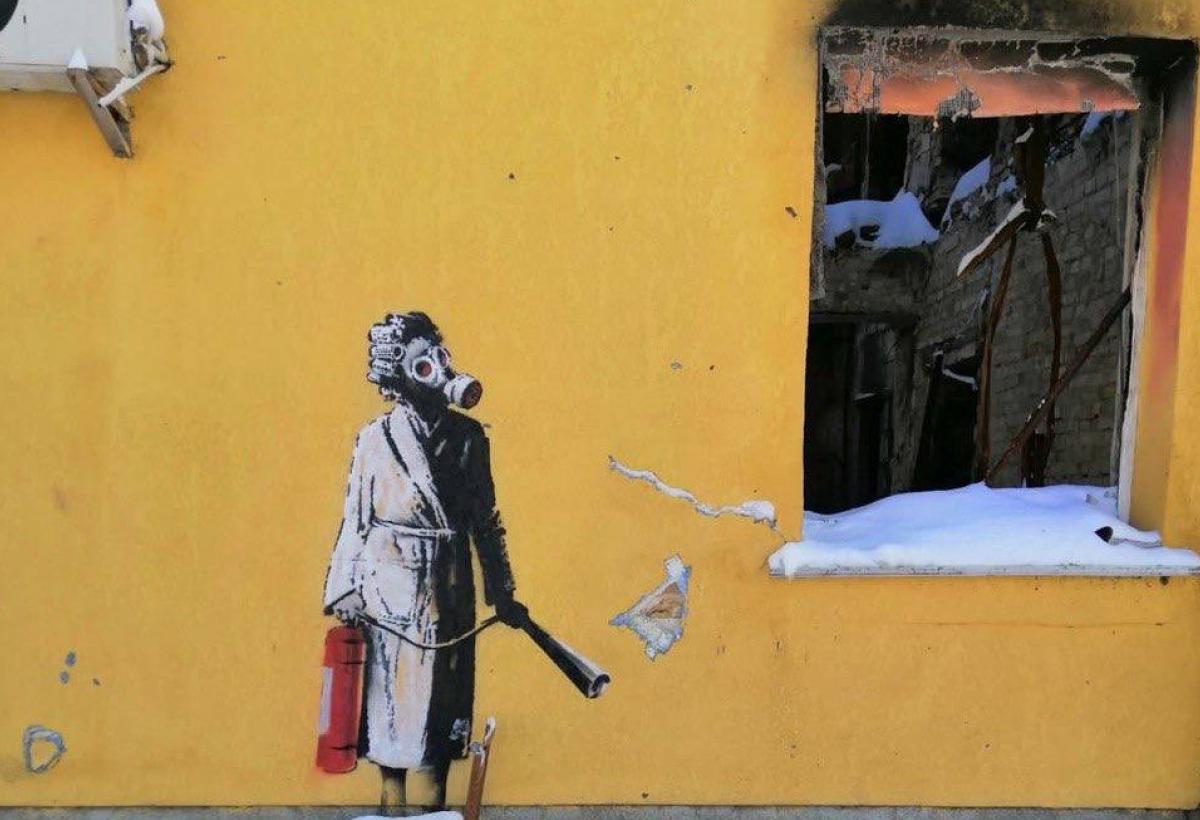 The governor of the Kyiv region Oleksiy Kuleba said yesterday that the work of the famous muralist Banksy in Gostomel was cut out of the wall and dismantled, but the police detained the suspect and the cut off piece.

In a statement, Governor Kuleba said a Banksy painting he painted on the wall of a house hit by rocket attacks was cut from the wall by a group of suspects and removed, but police confiscated one of the suspects and the artwork in the scene. Stating that the work is intact, Kuleba said they had a meeting with the Ministry of Culture about the preservation and future of the work. Emphasizing that Banksy’s works in the country are under police protection, Kuleba said that such works are a symbol of Ukraine’s struggle.

The painting, which shows a woman wearing a gas mask, hair curled up in a curling iron, dressing gown and holding a fire extinguisher, appeared on a yellow wall a day after the Ukraine invasion, and Banksy confirmed it was his own by sharing images of the work.

Banksy is known as an internationally renowned muralist whose identity remains unknown. Usually his works appear on the wall and only when he shares them on his social media account are they confirmed as his own. Banksy’s work, which he rarely sells, often sells for millions of dollars.