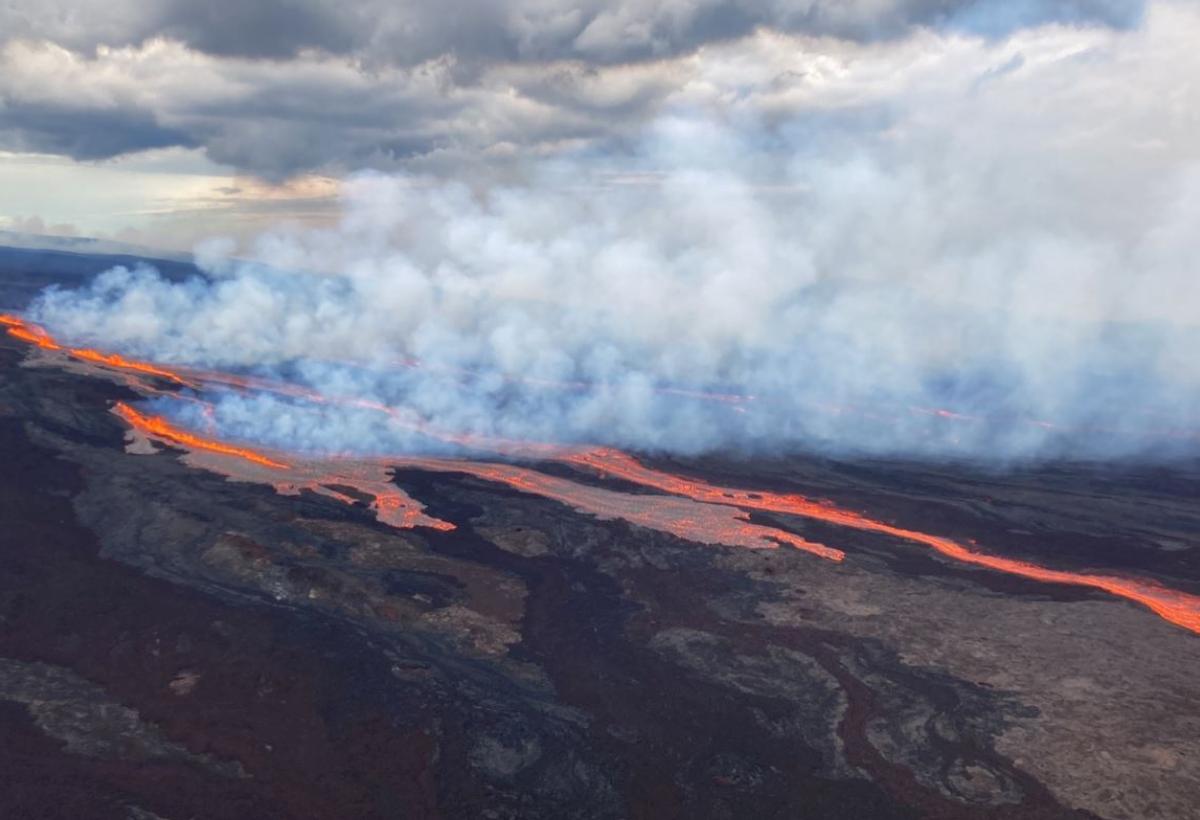 The United States Geological Survey (USGS) announced on Sunday that Manua Loa, located in Hawaii and considered the largest volcano in the world, became active and began spewing lava.

The US Geological Survey said in a statement that the volcano does not yet pose a threat to nearby communities, and indicated that it is spewing lava from cracks and spreading a cloud of smoke. “Based on past events, the early stages of a Mauna Loa eruption can be very dynamic, and the location and direction of lava flows can change rapidly,” the USGS said in a statement, noting that the volcano was last active in 1984.