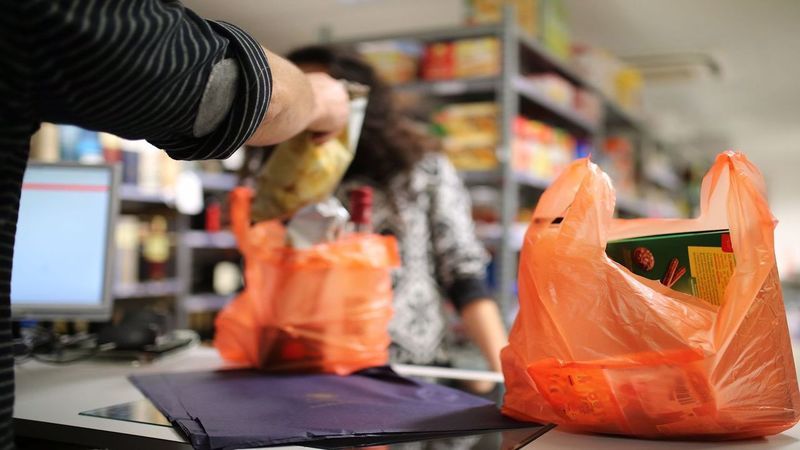 SAFAKNA TURKEY- Rising inflation has also hit plastic bags, which have been selling for 25 cents for two years now. Plastic bags are expected to rise by 200 percent. After the price increase, plastic bags will continue to be sold at 75 cents apiece.

According to CNN Türk, the Ministry of Environment, Urbanization and Climate Change will evaluate the report prepared by the Commission and determine the luggage fee that will be in effect in 2023. The price is expected to be announced in the coming days.

IMPLEMENTATION ENTERED INTO FORCE IN 2019

In the toll bag application, which went into effect in 2019, 10 cents of the 25-cent fee was paid as a State Recycling Contribution (GEKAP) tax. However, the rate of money going into the government varies according to the revaluation rate determined each year.

According to Yavuz Eroglu, president of the Turkish Foundation for Research, Development and Education of Plastics Producers (PAGEV), keeping the price of plastic bags fixed would be a positive decision for the environment. Because markets will avoid selling bags so as not to sell bags and cause damage, and the amount of garbage will decrease.

Ömer Duzgun, President of the Federation of Retailers, said that the cost of producing bags can reach 1 Turkish Lira depending on the quality. For this reason, he noted that the price of a bag should be higher than 1 TL, and said that 75 cents would be more reasonable, since this crop has not yet been placed.

According to the ministry, 550,000 tons of plastic waste originating from plastic bags and 23,000 tons of greenhouse gases were prevented with the use of paid bags in 4 years. Imports of plastic raw materials have been reduced and about 3.8 billion Turkish liras have been saved.