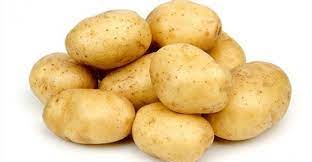 SHAFAQNA TURKEY. They shared how the carbohydrates we eat over the years have a detrimental effect on our bodies. Despite their harm, the potato, one of the most popular carbohydrates, has proven to be such a benefit that those who have heard of it have been amazed. According to Polish scientists, eating potatoes can cure cancer.

Cancer is one of the most common health threatening diseases today. Poor diet and bad habits are known to increase the risk of developing cancer. It has also been stated that foods high in carbohydrates are harmful to the body. But Polish researchers believe that potatoes, tomatoes and eggplant may be the key to beating cancer.

Scientists say research shows that glycoalkaloids, naturally occurring chemicals also found in peppers, goji berries and blueberries, have some anti-cancer properties. They also believe that the bioactive compounds in vegetables may also help patients recover from the brutal side effects of modern therapies.

MEDICINAL PLANTS STUDYED FOR THE EFFECTS OF CHEMOTHERAPY

Although chemotherapy is extremely successful in destroying cancer cells, it can cause many unpleasant side effects such as hair loss, nausea, and fatigue. This is because the drugs not only target cancer cells, but also inadvertently kill healthy cells in other parts of the body. Magdalena Winkel of the Adam Mickiewicz University in Poznań and her colleagues say that this forces us to rethink the properties of medicinal plants.

MAY BE APPLIED TO DRUG DEVELOPMENT IN THE FUTURE

His team looked at data on glycoalkaloids, compounds that are abundant in the plant family of the nightshade family, which includes potatoes, tomatoes and eggplants. Ms Winkel’s team said that at the right doses, these chemicals can be “powerful clinical tools.” They focused on five glycoalkaloids — solanine, chaconine, solasonine, solamargin, and tomatine — that Ms. Winkel believes could be used to develop drugs in the future.

THIS PREVENTS TRANSFORMATION TO CARKEROGENS

The results, presented in Frontiers in Pharmacology, detail how solanine prevents potentially carcinogenic chemicals — those known to cause cancer — from turning into carcinogens in the body.

It can stop cancer cells from multiplying

Studies on a certain type of leukemic cell have also shown that small doses of solanine kill them. In the meantime, the team said that chaconin has anti-inflammatory properties and can treat sepsis. Studies have shown that Solamargin can stop the proliferation of liver cancer cells.

The researchers say this could be a very important complementary therapy because it targets cancer stem cells, which are thought to play a role in cancer drug resistance.

Solasonin works in a similar way. Research has shown that tomatine helps the body kill cancer cells by supporting the body’s regulation of cell cycles.

However, there has been no research yet on how chemicals, one of the earliest stages of research, can fight cancer in human cells. Ms Winkel said the tests are vital in confirming which glycoalkaloids are “safe enough and promising enough to be tested in humans.”

PLANTS USED IN PROCESSING YEARS AGO MAY HAVE A CHANCE

“Scientists around the world are still looking for drugs that are lethal to cancer cells but also safe for healthy cells.” “Despite advances in medicine and powerful advances in modern treatments, this is not easy.

“Therefore, it may be worth returning to herbs that were successfully used many years ago to treat a wide variety of ailments.”

Plants such as taxol, a chemotherapy drug made from the bark of trees, have been used for decades to fight cancer. But even if a healthy diet helps prevent tumors in the first place, there is no evidence that five meals a day kills cancer cells. They do not replace cancer treatments such as chemotherapy, radiation therapy and surgery, which can save people from the disease if caught early enough.

CANNOT BE SAFE ENOUGH TO GIVE PEOPLE

Research Information Manager at Cancer Research UK, Dr. Charles Evans said: “Plants produce many interesting and little-understood chemicals. Some of these chemicals have anti-cancer effects in laboratory tests. It is important to emphasize that many of these compounds are not suitable as drugs, either because they are not effective enough or because they are not safe enough to be administered to humans.”