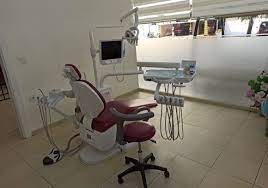 AHAFAQNA TURKEY-False Doctor, False Architect, This time in Istanbul, the fraud of a fake dentist has been exposed. R.K., who suffered from toothache, called FB (40) to his house at the suggestion of a relative. FB introduced himself as a dentist named Murat and came home with dental instruments. RK, who paid 10,000 Turkish liras after the deal, was shocked when he found out who the man who came to his house was.

It turned out that FB, who came to K.’s house with dental equipment and introduced himself by a different name, was in fact a construction worker. Realizing that he fell into the hands of a fraudster, trying to relieve a toothache, R.K. breathless in court. FB in its statement said that it did not know R.K. and did not treat his teeth, they ask for imprisonment of up to 5 years.

The incident took place in the Sisli region on May 1 last year. According to the news in Sabah; 44-year-old R.K. told his relative that he had a toothache. His relative F.K. said he knew a dentist and could come home and treat himself if he wanted to.

A young man suffering from a toothache accepted his relative’s offer and invited the 40-year-old FB to his home. FB, who came home with dental instruments, applied some treatments to RK, who was in pain. For the applications made, the young man paid his dentist a total of 10,000 lire. However, R.K. failed to relieve toothache despite treatment.

In his complaint, the victim said that, at the suggestion of his relative, the FB introduced him as a doctor, was treated at home and received 10,000 lira.

After K.’s teeth became worse than before and he complained about a man who introduced himself primarily as Murat, an investigation into this fact was launched.

The suspect’s testimony was taken as part of an investigation by the prosecutor’s office. In his statement, the FB said that he did not know the applicant and did not treat his teeth.

As a result of the investigation, the prosecutor’s office presented an indictment demanding up to 5 years in prison under the article “Violation of Law No. 1219” on the grounds that the suspect F.B. got rid of the crime and committed a crime against him.