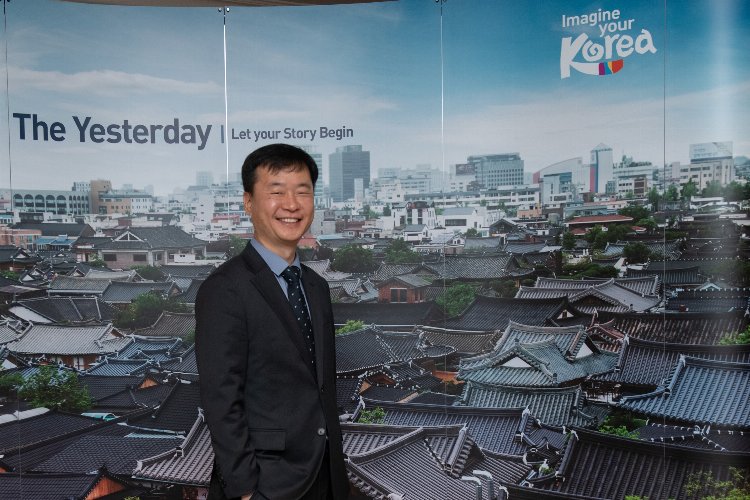 ISTANBUL (IGFA) – Hyuncho Cho, director of the Korea Tourism Office in Istanbul, said they expect the number of Turkish tourists visiting Korea to reach pre-epidemic levels of over 30,000 with travel returning to normal levels in 2023.

Explaining the activities they are doing to promote Korea and their projects for the upcoming period at a press conference in Istanbul, Hyuncho Cho noted that as an office in Istanbul, they have been working to develop and strengthen tourism relations between Turkey and Korea since 2012.

“Our goal is to make Korea the No. 1 destination in the Far East…,” Cho said, noting that Korea has become even more popular thanks to popular dramas such as K-Pop groups and Squid Game. Stating that they are responsible for a total of 20 countries including Israel, Greece, Bulgaria, Romania and Croatia in addition to Turkey, Cho said: “The strong diplomatic and cultural ties between Turkey and Korea represent a unique source of motivation for our activities. “Strong family ties and the preservation of their traditional structures while modernizing bring the two countries closer together,” he said.

Noting that the number of Turkish tourists who visited South Korea in 2015 was 23,440, and that figure increased to 31,293 in 2019, Cho said, “However, in 2020 and 2021, this growth has decreased due to the pandemic. . We are still seeing the effects of the pandemic this year. We expect the number of Turkish tourists visiting Korea to reach pre-epidemic levels of over 30,000 with travel returning to normal in 2023. Our goal is to make Korea the number 1 destination in the Far East… We will continue to work towards achieving this goal in the coming period.”

Emphasizing that Korea has become even more popular on the international scene due to the popularity of K-POP groups and Korean dramas in recent years, Cho continued:

“Korea has 5,000 years of history and a rich cultural infrastructure, including 15 UNESCO World Heritage Sites and stunning natural landscapes. However, it has recently made Korea’s name more prominent, such as the Netflix series Squid Game, which took the world by storm in 2021 with world famous pop music group BTS. Events organized around these popular themes and travel tours specially designed for the series are attracting a lot of attention.”