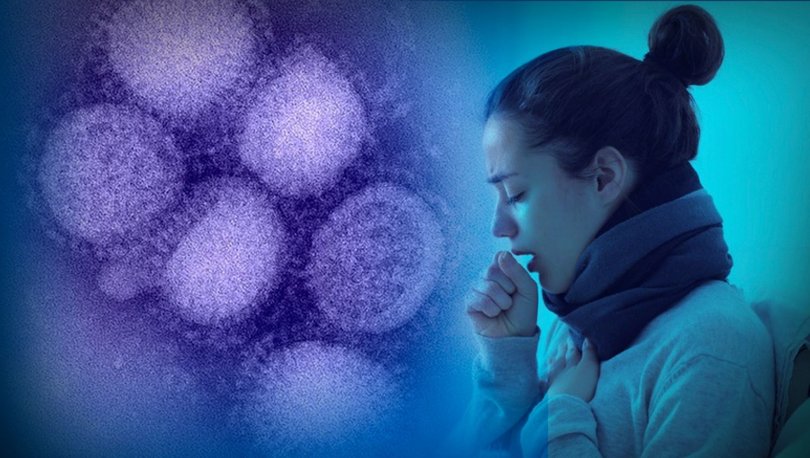 SAFAKNA TURKEY – The cases of influenza that many people around us have and do not go away are a cause for concern. However, travel restrictions, masks and social distancing measures imposed in response to the Covid-19 epidemic have led to a decline in both Covid-19 and other respiratory infections. So how do you explain a new influenza epidemic that is untreatable and will not go away? President of the Scientific Committee of the Union of Family Medicine Workers (AHESEN) and Lecturer in the Department of Family Medicine, Faculty of Medicine, Çukurova University. Dr. Ersin Akpınar said: “As this decline in cases associated with seasonal influenza, respiratory viruses and other diseases increases the number of vulnerable people, we are facing chain epidemics in the winter season.

Especially in recent weeks, the number of patients complaining of “treatment-resistant cough” has increased significantly. I can say that this year the incidence of influenza has increased by 2-3 times compared to previous years and there is a serious density in hospitals,” he says.

A type of virus, also known colloquially as “the flu”, is called the “influenza”. Influenza, which is a respiratory disease, is common from October to early April. The disease attracts attention with a very rapid infectious effect on the body, affecting the lungs, bronchi, nose and throat. Although it is known that most people get rid of fever and other symptoms within a week without the need for medical attention, especially infants, children, the elderly, pregnant women, healthcare workers and those with serious health problems are at high risk. . In these groups, hospitalization and mortality are increasing.

It has been established that in recent years school-age children are most often ill with influenza, and among this group the incidence has increased significantly. Some provinces have said they are discussing school suspensions, increased out-of-school children, density of pediatric emergency services.

prof. Dr. Ersin Akpınar said: “We are experiencing the first winter season in Turkey since the Covid-19 outbreak in 2019, without restrictions and without the use of a mask. While there has been a significant decline in influenza over the past 3 years, this year there is a significant increase compared to previous years,” he says and continues: Children living in isolation at home due to the epidemic have encountered these viruses for the first time. The fact that adults have not been exposed to influenza/influenza viruses for 3 years points to an exaggerated clinical picture as “first exposure” this winter. During a normal winter, the flu, which can be beaten with a flu-like presentation, can cause “very severe coughing and lung damage.”

GET ILL AGAIN WITHOUT HEALING

Noting that patients fall ill again without going into a recovery period after persistent and persistent coughing, Akpınar says: “Patients in this situation cannot get rid of the state of permanent illness by again going to the doctor with symptoms and signs of recurrent influenza infection.”