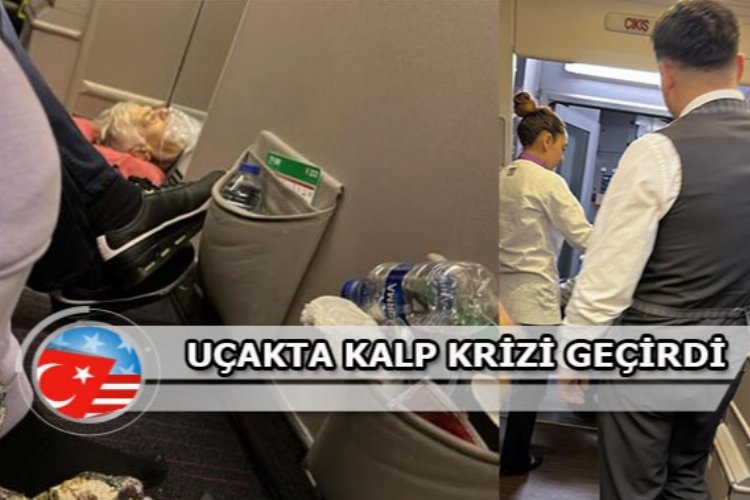 Emre OZDAN – abdpost.com / USA (IGFA) – According to the information received, it was learned that the plane, which made an emergency landing in Canada after a passenger suddenly fell ill on a plane departing from Los Angeles International Airport (LAX) at 6:25 pm on December 1, is still on the way. waiting in Canada.

Although the elderly passenger was reported to be in good health, his identity was not released.

The photo, shared by a passenger who contacted abdpost.com correspondent Emre Ozdan from the plane, shows the flight attendants’ first reaction to the patient.

Under normal circumstances, the plane due to land at Istanbul Airport on December 2 at 18:25 today will be delayed due to a tragic event.