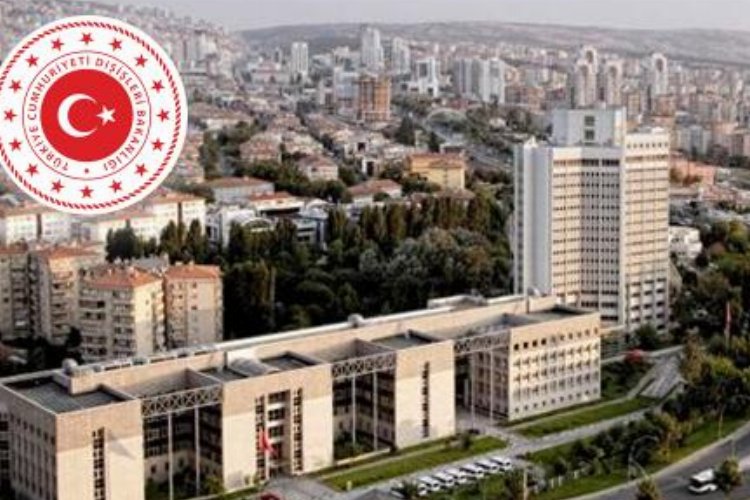 ANKARA (IGFA) – In a written statement from Foreign Ministry Spokesperson Ambassador Tanju Bilgić, stating that maritime search and rescue areas are life-saving service areas: “These areas are not sovereign territories under international law. The rules for search and rescue sites are established by the 1979 Hamburg Convention. According to the contract, the countries are obliged to cooperate if the service areas intersect with each other.

Stating that the maritime search and rescue zones that Turkey and Greece have declared in the Aegean and the Mediterranean and which they have reported to the International Maritime Organization overlap with each other, Bilgić said: “Greece has always avoided cooperating with our country on this issue and also rejected proposals for an agreement that we have made in the past. The reason for this is that Greece claims that the search and rescue areas are under its sovereignty and links them to maximalist claims to maritime jurisdiction. This Greek approach is contrary to the 1979 Hamburg Convention and is illegal.

Bilgich said in a statement:

“Therefore, it is impossible to give a meaning beyond these facts to the memorandum of understanding signed between Greece and Egypt. On the other hand, this serious contradiction is that a country that, in violation of international law, pushes innocent refugees into the Aegean Sea and puts their lives at risk, enters into a memorandum of understanding regarding search and rescue operations in the Eastern Mediterranean. In fact, Greece’s main motive for signing this MoU is its desire to hide these facts and the latest scandal it caused in Libya. The attempt to shape the domestic and foreign policy of Greece within the framework of anti-Turkish sentiment is futile and only leads to self-destruction. Turkey will continue to vigorously defend both its rights and those of the TRNC by increasing its cooperation and coordination with all key stakeholders in the Eastern Mediterranean and beyond. The recent deterioration in Greece’s balance sheet is probably related to this.”

Press Secretary of the Ministry of Foreign Affairs Ambassador @TanjuBilgicAnswer to a question about the Memorandum of Understanding on cooperation in the field of search and rescue, signed between Greece and Egypt on November 22, 2022 pic.twitter.com/IWeQxAgMSL