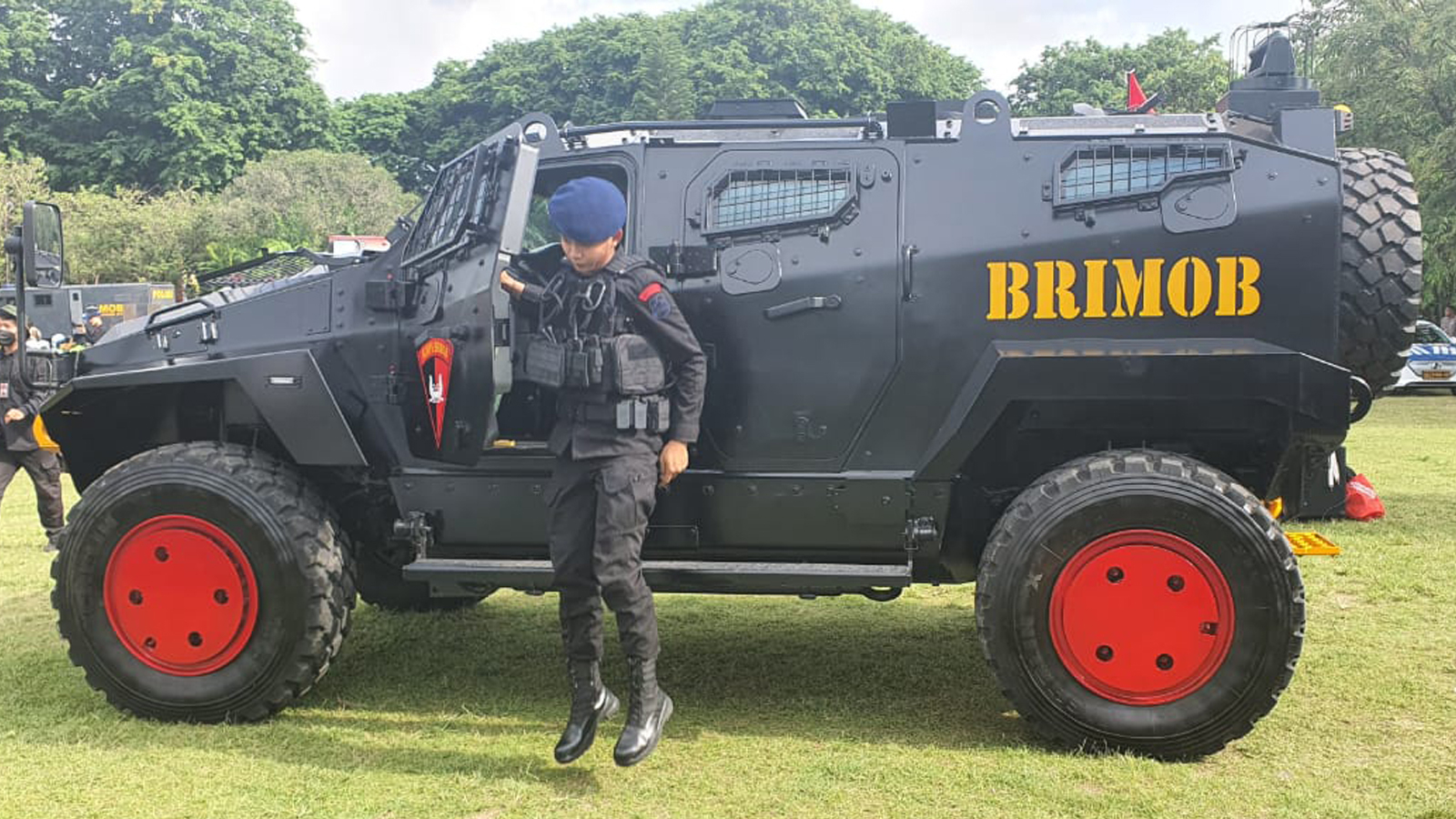 The Yörük 4X4 armored car, a product of the Turkish defense industry, was used in security measures adopted as part of the G20 leaders’ summit in Indonesia.

In connection with the meeting of world leaders in the region where the summit will be held, high-level security measures have been taken. Produced by Nurol Makina, one of the Turkish defense industry’s armored ground vehicle manufacturers, and in preparation for service with the Indonesian security forces, the Yörük 4X4 completed its first mission in the country at this summit.

The Yörük 4X4 was used by the elite special operations and tactics unit of the Indonesian police known as the Brimob as part of the security measures put in place for the G20 summit.

Taking on high-risk assignments, Brimob is equipped with advanced tools and equipment to help overcome them. In this context, Birmob is expected to acquire Yörük 4X4 vehicles in the near future, which are characterized by higher speed and superior protection compared to other vehicles in their segment.

The Yörük 4X4, which was sent to Indonesia in June, has been tested by the country’s security forces in the latest period. The Yörük 4X4 was also used in the demonstration of the Indonesian security forces at the Indo Defense Expo & Forum 2022 held in Jakarta this month.

As part of the exhibition, Nurol Makina signed a memorandum of understanding with PT Jala, a company operating in the Indonesian defense industry. In this context, joint production of the Yörük 4X4 in Indonesia is planned through technology transfer.

MANY TASKS IN A CONFLICT ENVIRONMENT

Designed for use by security forces and military units, the Yörük 4X4 promises its users the highest level of mobility and protection in the light armored vehicle class. The machine provides a high level of ballistic and mine / artisanal explosion protection, which can be changed at the request of the user.

Thanks to its modular design, the Yörük 4X4 can perform functions such as fighter, armored personnel carrier, air defense and reconnaissance vehicle in intense conflicts.

The vehicle, capable of carrying heavy loads at a maximum cruising speed of 140 kilometers per hour, can be equipped with weapons systems such as 7.62 and 12.7 mm machine guns, 40 mm grenade launchers, aviation and anti-tank weapons.

With a weight of 8 tons and a large payload, the Yörük 4X4 can carry up to 11 people.

The Yörük 4X4, which was first shown at IDEF 2017, attracted the attention of many countries when it was still in the design stage and receiving orders.

Nurol Makina signed contracts for Yörük 4X4 with 4 countries from different geographic regions, one of which is Europe.