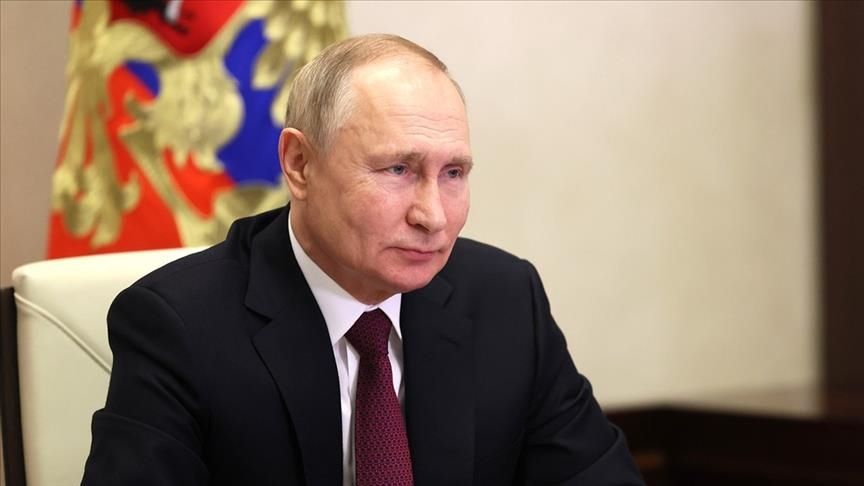 Russian President Vladimir Putin said that the price of the gas they will send to Europe will be determined mainly by the hub expected to be established in Turkey and said: “Turkey’s gas infrastructure has significant potential. An electronic trading platform could be set up at the natural gas center to be set up in the coming months.” said.

Participating in the National Council for Projects and Strategic Development, where government officials are present, Putin gave an assessment of developments in the field of economy and energy via videoconference.

Pointing to “unprecedented” sanctions against Russia, Putin said: “They were aimed at destroying our economy in a short time by stealing our foreign exchange reserves, collapsing the ruble and creating destructive inflation.” said.

Stressing that these goals cannot be achieved, Putin said: “Thanks to the joint efforts of the Russian government, the Central Bank of Russia and the regions, we have managed to stabilize the situation. The Russian economy is expected to contract by 2.5 percent by the end of the year. It’s a drop, yes, but it won’t be the 20% cut that most Westerners and some of our experts were expecting.” used phrases.

Stressing that the Russian ruble has become one of the strongest currencies this year, Putin said: “This result; We have achieved this by regulating capital outflows, the mandatory conversion of gas payments into rubles, our decisions on the efficient use of national currencies in trade with our partners, and a responsible fiscal policy.” said.

“Russian exports to Europe have increased”

Declaring that Russia would remove logistical and financial restrictions on its main trading partners, Vladimir Putin said: “I would like to remind you that Western countries are trying to push Russia to the brink of development in the world with the help of sanctions. But we will never isolate ourselves. On the contrary, we are expanding and will continue to expand our cooperation with all who benefit from it.” he said.

Stressing that Russia has significantly increased its exports to the European Union (EU) despite the sanctions, Putin said: “There is an interesting observation. Despite the sanctions, our exports of key products to the EU increased by 1.5 times, and total exports increased by 42 percent in the first 9 months of the year. The trade surplus is also at $138 billion in our favor. Europe is holding back exports as it continues to consume our products and services. This imbalance cannot continue indefinitely.” said.

Commenting on the planned creation of a gas center in Turkey, Putin said:

“Turkey’s natural gas infrastructure has significant potential. In the coming months, an electronic trading platform at the natural gas center could be set up. The price of natural gas for European consumers will largely be determined centrally (in Turkey). What is happening in European centers is simply insane. Now they’re trying to make us look guilty for what they did with their own hands.”