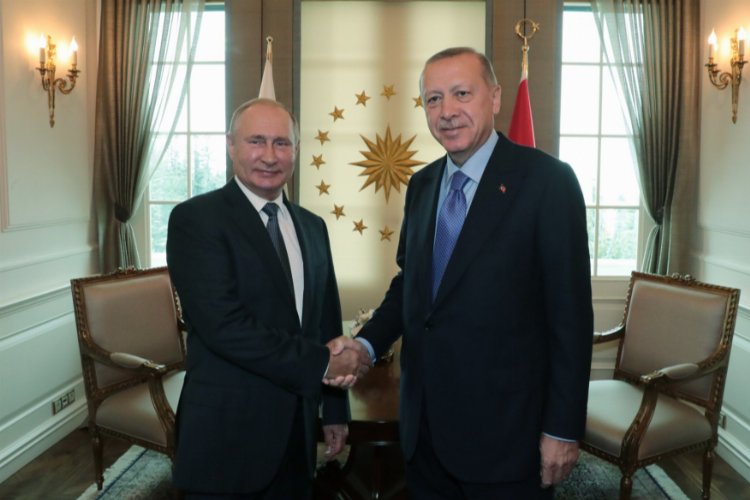 It was noted that during the meeting, organized by the Directorate of Communications, regional issues were discussed, in particular, Turkish-Russian relations and the development of the grain corridor.

During the meeting, President Erdogan thanked Russian President Putin for his constructive position on extending the Istanbul Grain Export Agreement by 120 days.

Stating that prolonging the Russian-Ukrainian war would increase the risks and therefore diplomatic talks needed to be resumed, President Erdogan said contacts between Russian and US intelligence chiefs in Turkey were key to preventing uncontrolled escalation on the ground.

Expressing satisfaction with Russian President Putin’s proposal to establish a gas center in Turkey, President Erdogan noted that the teams would carry out the necessary technical, legal and commercial assessments in order to achieve common goals as soon as possible.

President Erdogan also thanked Russian President Putin for his condolences over the terrorist attack in Istanbul.