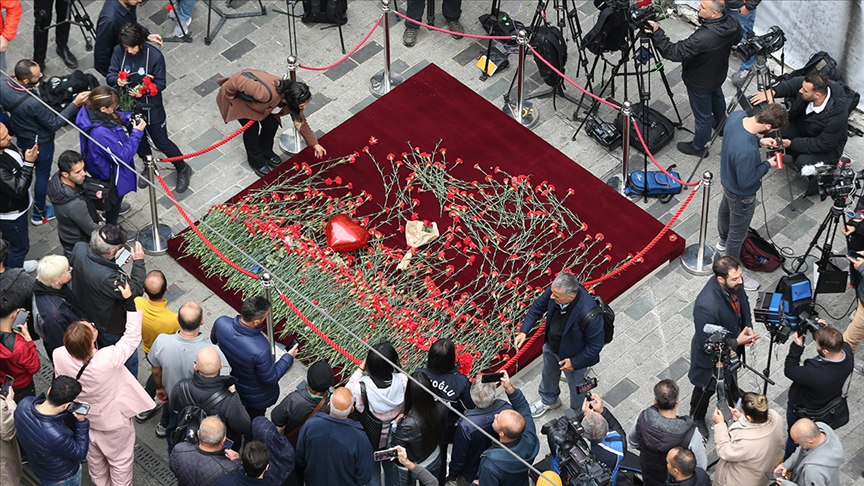 The New York Times report on the attack, focusing on “tourism,” reflects the Western media’s chronic attitude towards terrorist acts against the not-self.

The bloody terrorist attack committed by the PKK/YPG terrorist organization on Beyoglu Istiklal Street on Sunday was reported on the social networks of the American newspaper New York Times (NYT) with a focus on “tourism”: “Tens of millions of people visit Turkey every year from all over the world. Most tourists spend time in the area where the explosion took place on Sunday.” This New York Times move reflects the Western media’s chronic attitude towards non-self, especially in terrorist attacks.

This point of view, the paradigm of which was formed under the dominance of a Eurocentric worldview, is a problematic point of view, proving the existence of Oriental thought, repeating itself at certain intervals and easily resonating in world public opinion. In fact, once again it became clear how the content and results of the action differed depending on the direction of the media. We are not alien to this opinion when it comes to Western media.

In particular, Turkey, which has a very strong hand in the literature on defining the PKK as a terrorist organization, is subjected to hypocrisy due to the position of the international media.

NYT’s reflection of news of a terrorist attack that killed 6 people and injured 81 people, citing tourism; While contributing to the atmosphere of fear and chaos that terrorists and terrorist organizations are trying to create, it also serves the perception of “insecure geography” that Turkey is trying to create on the international stage. The language used and the emphasis on “tourism” that has become the focus of the news is not only the answer to the question “how to make good news against the world public, about informing the public and what kind of journalism is not”, but also Orientalism and the Orientalist point of view from the meaning of Edward Said. feeding.

In Orientalism, translated into our language as Orientalism, Edward Said argues that Westerners, when dealing with the East, build a view of the East in accordance with their interests, based on their views. In this landscape, composed according to interests, the Orient can find its place in an objective and definite way in its “other” position. Here is the West in the emerging other; This is a real subject that finds its place as a representative of the material civilization and culture of Europe. The East must be defined as the “other” object. This definition is very prominent in the news produced by Western media in Turkey. As can be seen from the news in question, the citizens who died and were injured after the terrorist attack were deliberately ignored and taken to the center of tourism, and the East was objectified from an orientalist point of view.

This not new form of definition and viewing can be seen at different times, both in the NYT news on different dates, and in the media outlets (Reuters, BBC, AFP…) that contribute to coverage of Western news. on a global scale.

A similar picture was observed during the Euphrates Shield (2016), Olive Branch (2018) and Peace Spring (2019) operations carried out on different dates on the Syrian border, which our country considers a threat its survival, with the aim of ridding the region of terrorism and taking into account the territorial integrity of Syria, has found its place in the media. The fact that Turkey’s operations, which have been talked about at every opportunity, are targeting terrorist groups and not the Kurdish people has been distorted by the world’s media, and the assertion that “the target was civilians and the Kurdish people” has been persistently presented to the world public opinion. In addition to this, the terrorist organizations that pose a threat in the region have proven to be legitimate.

Description of the terrorist organization PKK

The news of the nefarious attack, which the NYT shared with the public on its Twitter account, also serves Orientalism with a Euro-centric viewpoint that sees terrorism as dangerous not to our country, but to tourists.