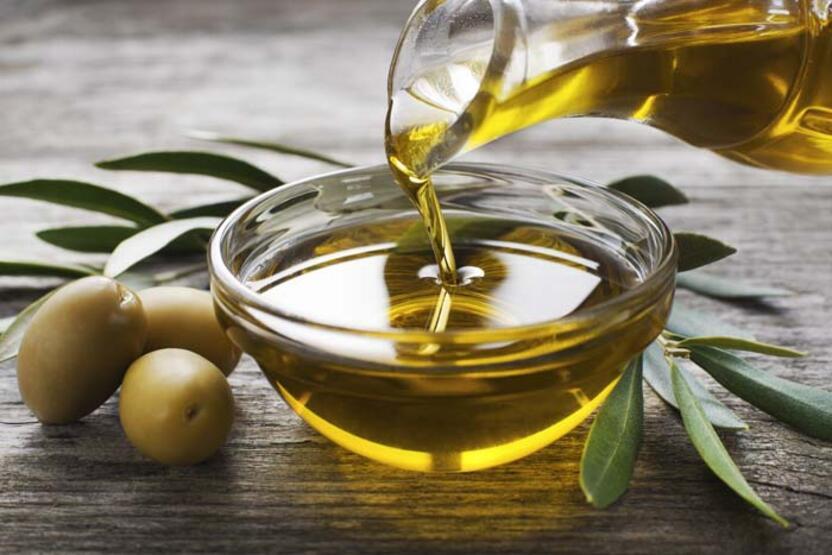 SAFAKNA TURKEY – We all know olive oil, a wonderful nutrient given to us by nature, which protects the stomach, works the intestines and renews the veins. If we use olive oil in place of refined simple carbohydrates and saturated fats in our healthy diet, good HDL cholesterol levels rise. The American Heart Association reports that eating just two tablespoons of olive oil daily reduces the risk of a heart attack by renewing the arteries leading to the heart. So how does olive oil do this? Thanks to polyphenols unique to olive oil. This week, in light of the latest scientific information, I would like to share with you how olive oil acts as a health shield for our bodies.

Olive oil contains 230 different components such as phenolic compounds, sterols, hydrocarbons, antioxidants. Hydroxytyrosol: One of the main phenolic components of olive oil, hydroxytyrosol is one of the most powerful natural antioxidants. This compound is twice as powerful as coenzyme Q10 and 10 times as powerful as green tea. Hydroxytyrosol, a phenolic compound that is resistant to stomach acid, is 99 percent usable in the body. It plays a protective role against cognitive decline associated with diseases such as Alzheimer’s disease or Parkinson’s disease. It helps prevent osteoporosis because it has a positive effect on bone formation and growth. It also protects against eye diseases such as macular degeneration and glaucoma caused by oxidative stress. Prevents the development of cancer cells and protects against leukemia, breast and colon cancer. It is also reported that to achieve these health effects of hydroxytyrosol, 5 mg of hydroxytyrosol per day should be consumed, that is, two tablespoons of olive oil should be consumed.

Oleocanthal: Although oleocanthal only makes up 10 percent of olive oil polyphenols, it holds the promise of preventing many metabolic disorders due to oxidative stress due to its biological activity. Research by scientists at Hunter University in New York has shown that oleocanthal, which gives olive oil a bitter taste and has antioxidant properties, can enter cancer cells and destroy lysosomes, which are described as the “stomach of the cell”, and thus cancer to a lesser extent. than an hour. Even a very small amount of oleocanthal has been explained to be a powerful compound that clears melanoma, prostate, breast, liver and colon cells.

Oleuropein: antioxidant effect of oleuropein; This is caused by preventing the formation of free radicals, forming bonds with metal ions such as iron and copper, and inhibiting the activity of many inflammatory enzymes such as lipoxygenase due to this bond. According to a recent study published in the journal Biochemistry, oleuropein, one of the polyphenols unique to olive oil, shows that it effectively lowers blood sugar by producing more insulin in the pancreas. This study clearly shows that in addition to healthy people, people with diabetes should also pay attention to the consumption of olive oil in their diet.

Squalene: 90% of the hydrocarbons in extra virgin olive oil are squalene. The content of squalene in olive oil can be up to 300 times higher than in other vegetable oils. All animals and plants, including humans, have the ability to synthesize squalene. Squalene can be obtained from dietary sources, as well as through endogenous biosynthesis in the human body. It is widely found in nature, especially in shark liver, extra virgin olive oil, wheat germ, rice bran. It has been shown to have a cardioprotective effect by increasing HDL levels. Squalene is also reported to have an antioxidant effect, reducing free radicals and protecting against oxidative DNA damage in cells.

tocopherol: olive oil; contains alpha, beta and gamma tocopherols, but alpha tocopherols make up the largest percentage (88 percent) of these. With regular use of olive oil, tocopherols increase the content of antioxidants in the human body, protect cells from free radicals and lipid peroxidation. Tocopherol, a fat-soluble antioxidant molecule, scavenges free radicals, lowers inflammation-causing cytokines such as TNF-α and IL-6, and plays a role in metabolic processes in the prevention of diseases such as cancer, cardiovascular disease, rheumatoid arthritis, diseases Alzheimer’s and Parkinson’s caused by inflammation.

Oleic Acid: Oleic acid, which is the basis of olive oil, protects cells from oxidative stress. Oleic acid reduces blood levels of triglycerides and cholesterol, which are risk factors for cardiovascular disease, lowers blood pressure, reduces the sensitivity of LDL cholesterol to oxidation, prevents inflammation, and increases HDL levels. It has been shown to reduce the risk of breast, colon, lung and prostate cancer.

BEST FRIEND OF THE HEART

The literature mentions that olive oil increases blood flow in the coronary vessels, regulates blood clotting and blood circulation, and therefore has a preventive effect in heart disease and heart attacks. At the same time, it has been found to prevent the oxidation of LDL, which we call bad cholesterol, and has an effect on preventing cardiovascular disease and regulating blood pressure by lowering LDL levels. It turned out that replacing one tablespoon of margarine, butter, mayonnaise and milk fat with an equivalent amount of olive oil reduced the risk of death by 21 percent.

Although consuming fat to burn fat may seem strange, it is a scientific fact, supported by scientific studies, that olive oil ensures the loss of more adipose tissue when losing weight. Olive oil improves the quality of weight loss by activating four metabolic pathways in our body. The bioactive components of extra virgin olive oil increase the diversity of beneficial bacteria in our microbiota and reduce the number of bacteria that cause weight gain. Secondly, because it is a great source of medium chain fatty acids, which we call MCTs, which are quickly broken down and quickly absorbed by the liver and used for energy, it provides a higher production of appetite-regulating hormones such as YY peptide. allowing you to stay full longer.

OLIVE OIL FOR A “HAPPY BOTTOM”

I can say that regular use of olive oil is good for chronic constipation. Starting the day with a tablespoon or two of olive oil on an empty stomach softens the stool in the small intestine, making it easier to pass. In addition, it has been seen to be effective for a healthy gut by increasing the beneficial Bifidobacterium bacteria in the gut. When the phenolic compounds in olive oil combine with oleic acid, it inhibits uncontrolled cell proliferation and prevents cancer cells from growing. Oleic acid reduces the production of bile acids, especially effective in the formation of colon cancer, and ensures the integrity of the mucous tissue.