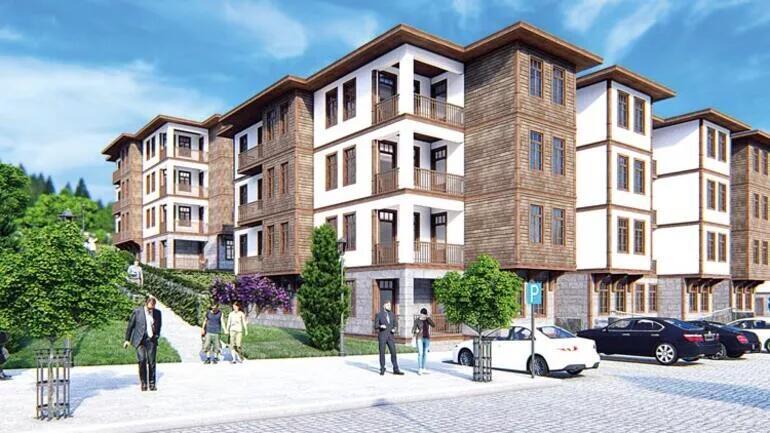 Who can apply for a middle income housing project?

The campaign aims to enable middle-income citizens to buy their first homes in 81 provinces with a much better repayment structure than market conditions.

In which provinces will the middle-income housing project be built?

With a financing model that will be offered with ease of payment over the first 3 years with government support and payment options consistent with household income over the life of the loan, it is anticipated that all 100,000 families will have their first hand new homes in the first place. . The campaign will offer a maturity difference starting at 0.69 percent, a 15-year repayment term, a 10 percent down payment, an installment rate that will not exceed 30 percent of household income, and ease of payment over the first 3 years.

With this financing model, individuals will be able to own homes in 81 provinces, homes that have been completed and are being built at a certain rate, as well as new projects that have signed a surety agreement with banks.

Cannot be sold within 5 years

Spouses in a household who wish to take advantage of the program must not have a dwelling above them and must not sell the house in the last year. The purchased house will not be sold for 5 years, the new house will require one year of residence.

Is there an age limit?

Every citizen of the Republic of Turkey over the age of 18 who is considered suitable by the banks for a loan will be able to take advantage of the campaign.

Details about the project can be found on the website and apply.

As part of the campaign, it is planned to sell 100,000 houses at the first stage. 10% of the cost of housing will be paid in advance, and those who wish can pay more. This process will include projects prepared by the Emlak Konut General Directorate, projects of companies belonging to GYODER, İNDER, KONUTDER, İMCON and the Turkish Contractor Association, as well as all large and small housing projects produced by companies in all 81 provinces, as long as they comply with the technical and financial criteria.

Citizens who want to own a house in Istanbul, Ankara, Izmir, Bursa, Antalya, Mersin and Mugla will have to reside in that city for one year. This condition will not apply in other provinces. PEACE