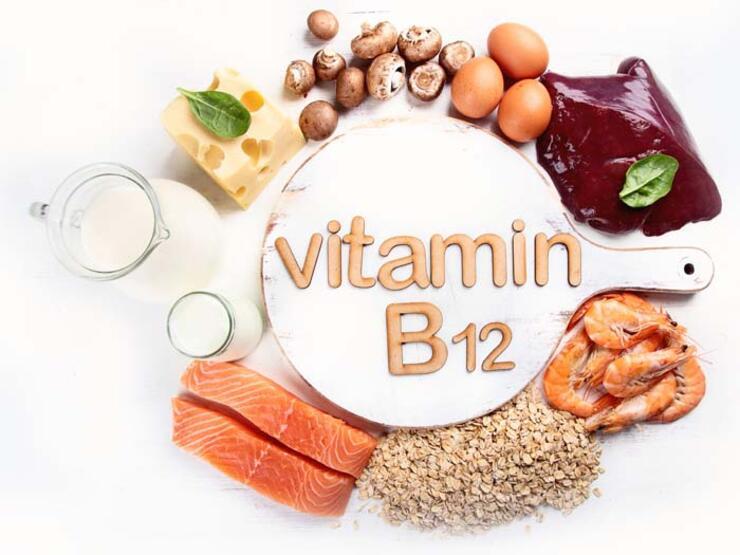 Deet said that foods rich in vitamin B12 are animal products. Achiksöz stated that deficiency of this vitamin is common in vegans who eat only plant-based sources, or in people who do not eat a balanced and regular diet. dit. Achiksöz stressed that for this reason, vegans and people who cannot get enough animal products should regularly check their vitamin B12 levels and supplement if necessary, as recommended by a doctor/dietitian. dit. Achiksöz shared the following information about which foods contain vitamin B12: “Food with the most vitamin B12; meat, fish (especially mackerel and tuna), milk, yogurt, kefir, eggs (especially the yolk), whey, offal such as liver, brain, kidney and shellfish.”

Explaining the symptoms that can occur with B12 deficiency, Dyt. Achiksöz said: “Serious health problems can occur with vitamin B12 deficiency, which occurs in many metabolic functions of the body. This deficiency may be due to inadequate dietary intake of vitamin B12. In addition, people who take enough vitamin B12 but have trouble absorbing the vitamin in their body may also be deficient. Moreover, it is an effective vitamin for the nervous system, the deficiency of which causes some problems with the nervous system. Feelings of numbness in the arms and legs, difficulty finding balance, difficulty walking, palpitations, anemia, forgetfulness, chronic fatigue, and depression may result from exposure to red blood cell production. The most common symptoms in children over 65 years of age are dementia and memory problems, pallor and yellowing of the face, diarrhea/constipation, loss of appetite, general body pain, and stunted growth and development.

dit. Aibuke Achiksöz listed the diseases that can occur in case of vitamin B12 deficiency as follows: “Anemia: A type of anemia called megaloblastic anemia can occur because the production of erythrocytes (erythrocytes) is one of the most important tasks of the body. vitamin B12, will adversely affect B12 deficiency. “Dementia and memory problems: Various diseases such as dementia, difficulty thinking and making decisions, and memory loss can be seen as a result of damage to the cognitive system, especially in older people over 65 with vitamin B12 deficiency. Oral health problems: Can cause diseases that affect oral health, such as a burning sensation in the mouth, a red and swollen tongue (glossitis), and mouth ulcers. “Birth anomalies: Babies of B12-deficient mothers during pregnancy can be adversely affected by brain development, and this situation causes a variety of neurological disorders in the baby. Insufficient intake of B12 by a child after birth causes a delay in growth and development. “Emotional Disorders: Since the production of serotonin, one of the body’s mood-regulating hormones, will be affected in a B12 deficiency, nervousness, fatigue, reluctance, and depression in advanced cases are among the diseases that can be seen. “Gastrointestinal problems: nausea, loss of appetite, constipation, diarrhea, gas, etc. Vitamin B12 deficiency, which can cause gastrointestinal problems, can lead to weight loss.

Referring to dietary recommendations rich in B12, Dyt. Achiksöz said: “For vegans or non-vegetarians, getting enough animal protein daily and spreading it evenly across meals helps protect against vitamin B12 deficiency. It will be enough to include red meat, fish, eggs, milk and dairy products in the daily diet. However, because there is a high risk of deficiency in people who cannot take animal products, it is important to use vitamin B12 fortified foods and support it with supplements such as pharmacy-derived B12 tablets that can be used with the advice of a physician/dietitian as a result blood tests or injections for more severe deficiencies. In addition, patients who take sufficient amounts of vitamin B12 but have reduced absorption by the body, such as Crohn’s disease, celiac disease, and patients taking drugs that reduce stomach acid, are also at risk for vitamin B12 deficiency.