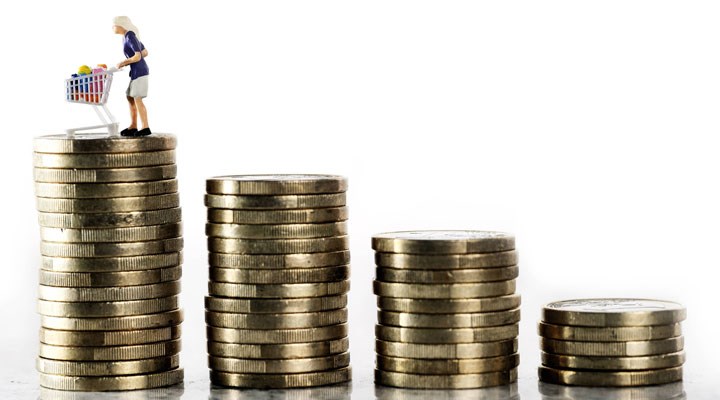 SAFAKNA TURKEY – Annual inflation, which was high last year, eased slightly this month for the first time. The decrease was due to a “base effect”. So what is the “base effect” that shows inflation has regressed, and how is it calculated?

Minister of Finance and Treasury Nureddin Nebati said in a statement in November: “Inflation will begin to fall rapidly, albeit with a base effect, starting in December and we will reach our single-digit inflation target.”

The “base effect” that Nabati relies on is a definition often found in economic news, along with data such as growth and inflation. The definition is based on the change that occurs during the period when the current data will be compared.

When calculating the rate of change between two periods, the base effect is used to express the effect reflected in the period in which the change is calculated in the event of an unusual increase or decrease in the period specified for the change (12 months before inflation). .

When calculating inflation for November 2022, you need to look at November 2021. If there is an above-average change in November 2021, this data will have a regressive effect on inflation in November 2022. If inflation 12 months ago, which is also taken as the basis for subsequent months, is higher than the inflation realized today, then the decline caused by the base effect will also continue.

DOES THE BASE EFFECT MEAN DECREASE IN INFLATION?

Former IMF economist and Bilkent University lecturer Burcu Aydın Ozudoğru, in a Bloomberg HT show in which she participated in October, said that the decline in annual inflation data due to the base effect should definitely not be described as a decrease in inflation. Özü Dogru said: “Both the exchange rate, inflation dynamics and the course of expectations show us that the inflation rate will continue to rise by at least 3 percent per month. The decline in annual inflation, which we will see only in the last month of the year and in the first months of next year, is only a base effect. “Unfortunately, rising prices will continue to reduce purchasing power,” he said.