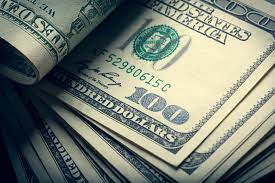 A SHAFAQNA TURKEY-Bloomberg poll showed that market participants were predicting a decline in the Bloomberg dollar index next month.

While the S&P Global manufacturing and composite PMIs to be announced in the US are expected to remain in the contraction zone below 50, depreciating from the previous month, the dollar depreciated early in the session against all G-10 currencies to data.

It was the highest proportion of respondents who expected the dollar to fall since the poll began in August.

After falling 0.24% in October, the Bloomberg Dollar Index fell 4.83% and 1.83% in November and December, respectively.

While the weakening dollar has been effective this week, with expectations that the Fed’s interest rate hike will continue more moderately, dampening demand for safe investment vehicles, most other currencies are trading volume-limited due to the Chinese New Year.

What are the strategists saying?

Investors may view dollar/yen above 130 as an opportunity to go short.

Markets Live strategist Simon Flint also noted that the biggest risk for the dollar to fall further is a change in risk perception in the markets.