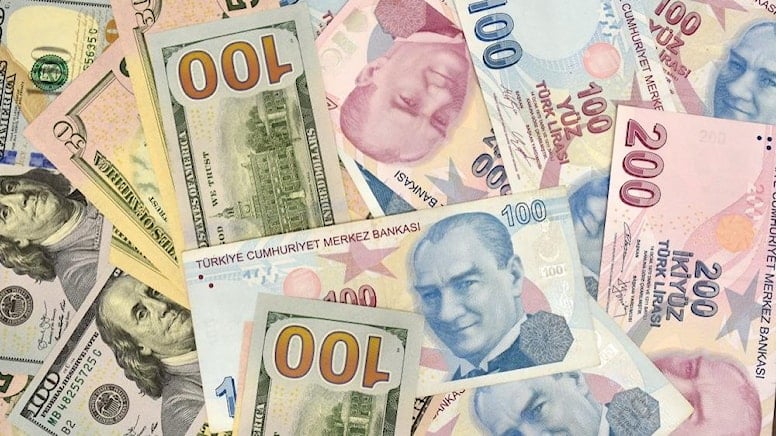 SAFAKNA TURKEY – The sharp decline in foreign currency deposits of domestic residents over the past three weeks has given rise to the question “where does the money go.”

The $5.5 billion drop in local residents’ foreign-currency deposits last week was the sharpest drop in that account since February.

WENT TL FOR A DEPOSIT?

A notable development during this period was the increase in government deposits at the Central Bank by 128.5 billion Turkish liras. This indicates that last week some of the money in the market moved into the Treasury through taxes and SGK payments, as well as bond auctions.

Three-week data indicates that a switch to TL deposits is possible, with the effect of higher interest rates in recent weeks.

DOES IT GO FOR EXCHANGE?

Ibrahim Aksoy, Chief Economist at HSBC Portfolio, wrote in today’s newsletter that the money coming from foreign exchange is funneled into TL deposits and into the stock market.

In his article, Aksoy commented: “We foresee that the relatively stable rate of TL may be maintained in the short term due to possible sales of foreign currency by the Central Bank (CBRT) under the protocol with the Treasury and individuals. interest on deposits in Turkish Lira and on stock exchanges from the Foreign Exchange Exchange.

“This indicates that investors who are not satisfied with the stable exchange rate in the BIST 100 index, which is above 5,000 points, may continue to switch from foreign exchange to the stock market and the index may continue to rise. We see that there are processes going on in TL and stock markets that feed each other,” Aksoy said and continued:

Pointing to the possibility of import payments, Aksoy also said: “Last week there was no significant change in the total size of the currency-protected deposit product, and foreign currency assets of banks in foreign correspondent banks decreased by $2 billion to $17.7. billion dollars last week, as well as a decrease in the amount of external debt and import payments of companies, which indicates that it could be used to

Strategist Evren Kirikoglu of Sardis Research Consulting, listed possible factors behind the decline in foreign currency deposits in recent weeks, such as entry into the stock market, import payments and Turkish lira deposits.

Kirikoglu said: “Individuals can enter the stock market and meet the liquidity needs of companies TL.”

NEW 500 THOUSAND PEOPLE IN 1 MONTH TO THE EXCHANGE

On the other hand, the recent rapid growth in the number of investors in Borsa Istanbul has attracted attention.

According to the Central Registration Agency, the number of investors in the stock market over the past month has increased by about 500,000 people.

In November, the value of the domestic investment portfolio in the stock market increased by about 335 billion Turkish liras.