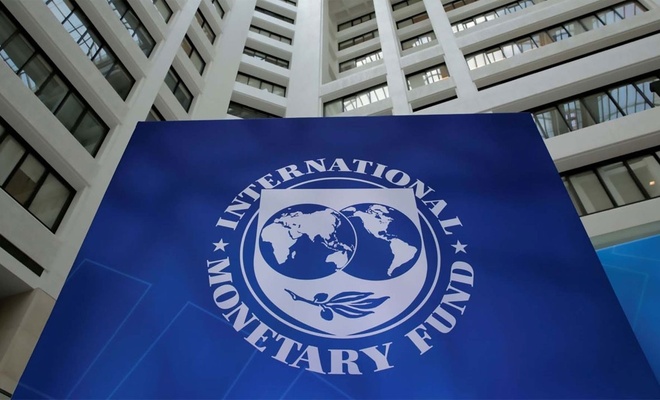 SAFAKNA TURKEY – Turkey will be the 20th largest economy in the world in 2021 and 2022, according to the World Economic Outlook report, which was released by the IMF in October 2022 and includes updated data.

According to the report, by 2024 Turkey will rise to 19th place in the list of the largest economies in the world. However, since the gross domestic product (GDP) of the countries just below Turkey is very close to Turkey, the ranking may change.

The IMF World Economic Outlook report is published twice a year, in April, September and October. Since the first declared values ​​are based on temporary data, the dataset is updated as new information becomes available. In a report published in April 2022, Turkey dropped to the 21st place in the world in terms of countries’ GDP in 2021.

China follows the US with $17 trillion 745 billion. Among European countries above Turkey are Germany, England, France, Italy, Spain and the Netherlands. Switzerland follows Turkey with $800 billion.

On the other hand, according to the World Bank, Turkey’s GDP in 2021 was $815 billion. Turkey ranks 19th on the World Bank’s list as there is no data for Iran and is not included in the ranking.

According to IMF calculations for October 2022, Turkey will become the 20th largest economy in the world in 2022 with $853 billion. It is followed by Taiwan with $829 billion and Switzerland with $807 billion. Economic data for the last quarter of the year will matter in the rankings. The US and China will retain their place in the top two spots. 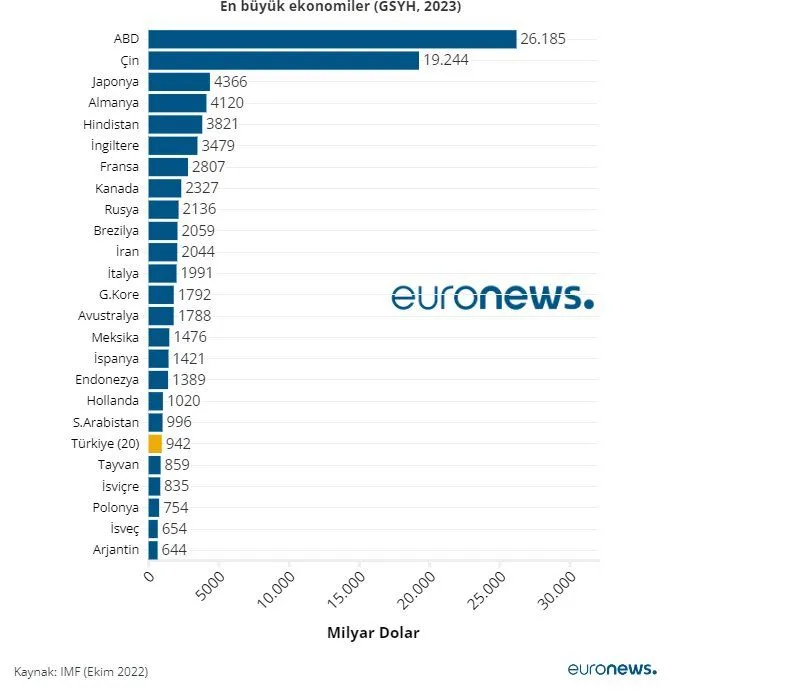 According to the IMF forecast, Turkey’s GDP will grow to $942 billion in 2023. Turkey will remain in 20th place with this value. Thanks to its growing GDP, Turkey will also close the gap with the leading countries.

On the other hand, Turkey’s recession to the 21st largest economy in previous data has sparked comments that Turkey has dropped out of the G-20 and will be excluded from the G-20.

Turkey has never dropped out of the G-20. The economy is not the only criterion for the G20, which is called the G20, and it does not consist of the 20 largest economies in the world. Not all of the world’s top 20 economies are members of the G-20.