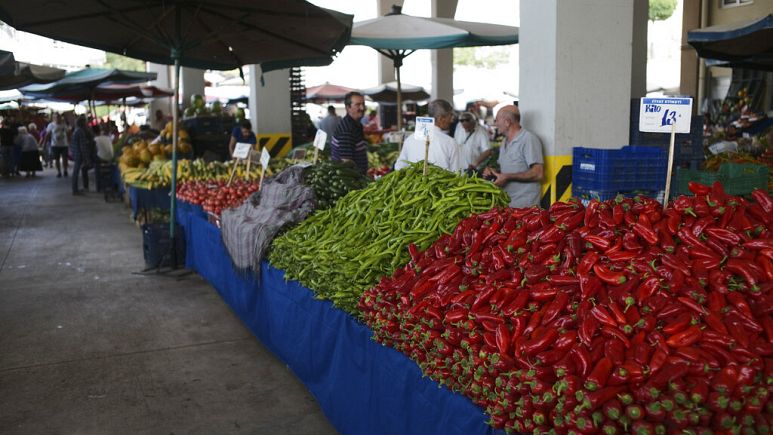 SHAFAQNA TURKEY – Annual inflation, which exceeded 85 percent in October, fell by 1.12 points in November. Thus, annual inflation fell for the first time since May 2021.

So, when inflation falls, will prices fall? To answer this question, first, “How many types of inflation exist, what data does TURKSTAT explain?” let’s look at it.

You can access all the definitions and data we have used in the news on the TURKSTAT website or via the CPI link recently announced by TURKSTAT.

The CPI bulletin published by TURKSTAT has four different inflation data. These:

• Rate of change from the previous month

• Rate of change compared to December of the previous year

• Rate of change according to twelve month average

What inflation should a citizen look at?

All this, of course, is connected. What directly concerns the citizen’s pocket is “the rate of change compared to the previous month.” What does it mean? For example, according to the latest bulletin, inflation increased by 2.88 percent in November compared to the previous month (October). Accordingly, the total value of products and services in the inflation basket increased from 100 lira to 102.88 lira.

So what happened to annual inflation when food and non-alcoholic beverage prices rose 5.75% between October and November? During this month period, annual inflation decreased from 85.51% to 84.39%. In other words, despite a slight decrease in annual inflation, there was a serious increase in food prices.

In this case, even if annual inflation falls, prices do not fall, but, on the contrary, continue to rise.

So when will prices drop?

To reduce prices, the monthly inflation rate must be below zero; So there must be a minus.

As long as monthly inflation is above zero, prices will rise each month. Prices will rise more or less depending on the rate of inflation. However, if there is no negative inflation, there will definitely be an increase in the price of goods and services. As long as it doesn’t turn negative, a decline in inflation is a slowdown in price growth. Products continue to grow; however, there is less growth compared to previous months.

Well, did food prices decline during this period of time when annual inflation fell from 25 percent to 9 percent? Have electricity and gas prices also fallen? Have the prices of meat, fish, milk, eggs, cheese and bread fallen? Transportation cost? clothes?

During the same period, annual consumer inflation fell from 25.2 percent to 8.6 percent.

Why is this happening?

So why does this situation arise? Its technical definition is “basic effect”. In other words, while prices rose faster in the previous period, there was a slowdown in price growth. The raise is no longer as high as it used to be; but the journey continues.

The Central Bank explains the “base effect” on its website as follows: